Ghana’s Vincent Torgah on Sunday in Abuja claimed the Nigeria Masters title for a record third time in a row, extending his lead and Order of Merit point in the African Tour. 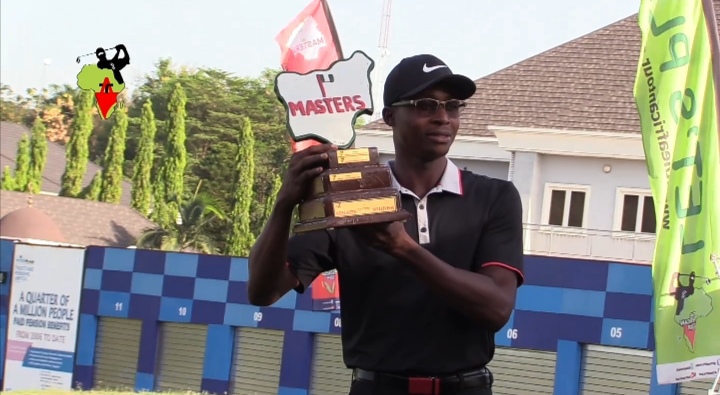 News Agency of Nigeria (NAN) reports that the Nigeria Masters tournament which teed off on Thursday at the IBB International Golf and Country Club, Abuja ended on Sunday.

The consistent Torgah emerged as the 2019 Masters champion; his fifth title on the tour this season and his 15th since the inception of the African Tour in 2016.

Torgah extended his lead and Order of Merit point by quite some style after he bounced back from a ridiculous 4 over par 76 on day three with a final round 4 under par 68.

The 36-year-old sank five birdies with one drop shot on par 4 hole 13.

A total of 179 gross gave him a nine-shot victory for yet another Nigeria Masters title, the third in a row.

“It feels great. It’s like you’ve been doing something for the past three years and getting the best out of it.

“The feeling is very good. I feel more confident on my game now than ever before.

“It was indeed a great opportunity to defend my title for the third time and looking forward for a fourth, maybe if possible,” Torgah said.

Torgah was closely followed by Zimbabwe’s Visitor Mapwanya who closed with a two-under par 70 which was good enough for a second-place finish.

Nigeria’s Sunday Olapade finished third after shooting five birdies and three bougies for a final round 70.

The hitman bounced back after not too impressive rounds of 74, 73 and 73 on day three.

Campatriot Paul Patrick who was just four shot behind overnight leader Torgah could not mount the desired challenge as he closed with a final round six over 78, which was a total of 193 gross over four days.

Despite holding on to the second position for three days, the Ikoyi-based professional finished fourth, 13 shots adrift of the champion.

Cameroonian Pristhy Nji shot one of the lowest scores of the round on the final day after a 1 under par 71.

The 2019 African Tour season is expected to climax with the season-ending Tour Championship at the Arsenal Golf Course in Obinze, Owerri, Imo State later this month.