President of the Nigeria Football Federation, Mr. Amaju Melvin Pinnick has charged the Nigeria U20 boys, Flying Eagles, to do the nation proud on and off the field at the FIFA U20 World Cup starting in Poland on Thursday. 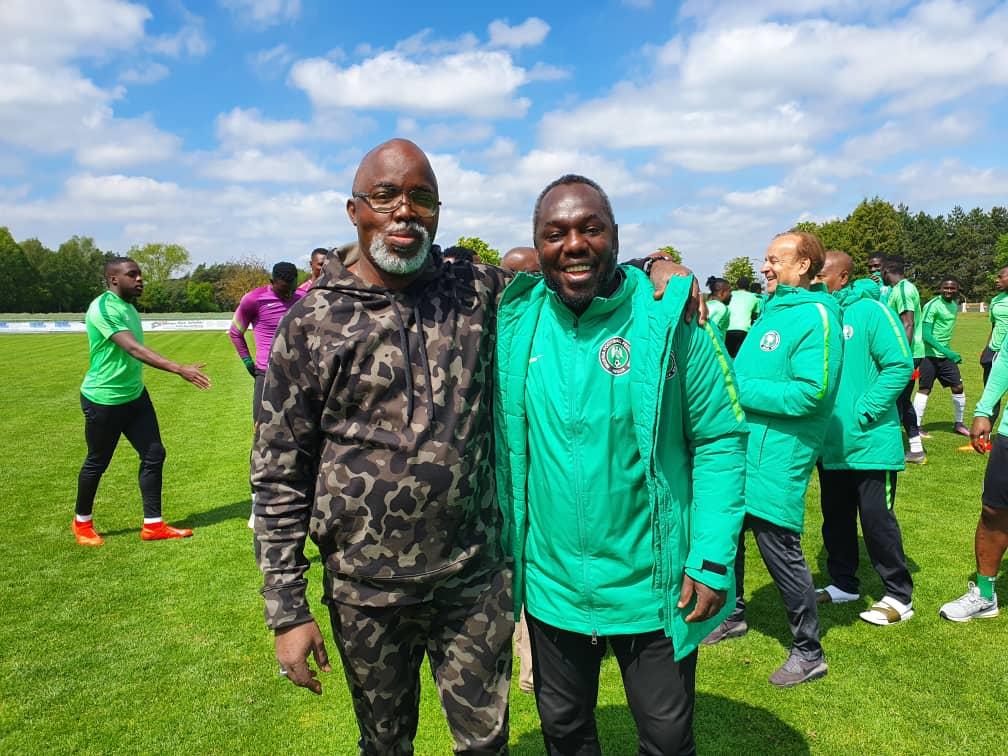 Pinnick, in company with NFF General Secretary, Dr. Mohammed Sanusi, arrived at the Flying Eagles’ The Monarch Hotel camp in Bad Goegging, Germany on Friday morning, ahead of the team’s departure to the World Cup on Sunday. The duo later joined the team at training.

“I have spoken to the head coach and he has assured me that you guys have made tremendous progress since arriving at the training camp here in Germany. Let me state clearly that as an U20 squad from Nigeria, so much is expected of you at the world stage. Nigeria has been in the final of the FIFA U20 World Cup on two occasions and won the bronze medals once before.

“The NFF and Nigerians generally, as well as the football world, expect so much from you in Poland. You must perform very well on the field while showing good attitude and sense of fairplay, and also make discipline, diligence and decency your watchwords off the field, in order to fly Nigeria’s flag high.”

On Friday, the Flying Eagles engaged Red Bull Leipzig of Germany in their final pre-World Cup friendly, three days after drawing 1-1 with Red Bull Salzburg in another friendly in Austria.

The Flying Eagles delegation will fly from Germany to Tychy on Sunday. They will take on Qatar in their first match of the FIFA U20 World Cup on Friday, 24th May, before other Group D games against USA (27th May) and Ukraine (30th May).

NFF will always be there for Nigeria legends