The Italian striker netted his 32nd, 33rd and 34th league goals of the season in Lazio’s 5-1 win over Hellas Verona on Sunday.

Lewandowski had led the race of the award, given out to the highest scorer in Europe’s major leagues, with 34 goals in the Bundesliga this campaign. 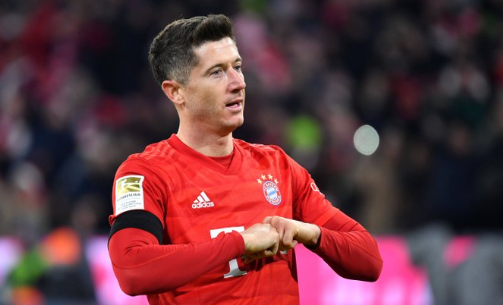 Immobile ‘s first goal against Hellas came from the penalty spot, giving him a total of 14 from 12 yards this season – a Serie A record.

Cristiano Ronaldo is behind him in the Serie A scoring charts on 30, including 12 penalties of his own.

Immobile now has two games to surpass Lewandowski to win the European Golden Boot and close in on the Serie A record haul in a season of 36 goals, achieved by Gonzalo Higuain for Napoli in the 2015/16 campaign.