Golfer ‘almost kills’ girlfriend by whacking her with ball

European Tour star, Joost Luiten, got the fright of his life after he ‘almost killed’ his girlfriend by whacking her with a ball during practice. 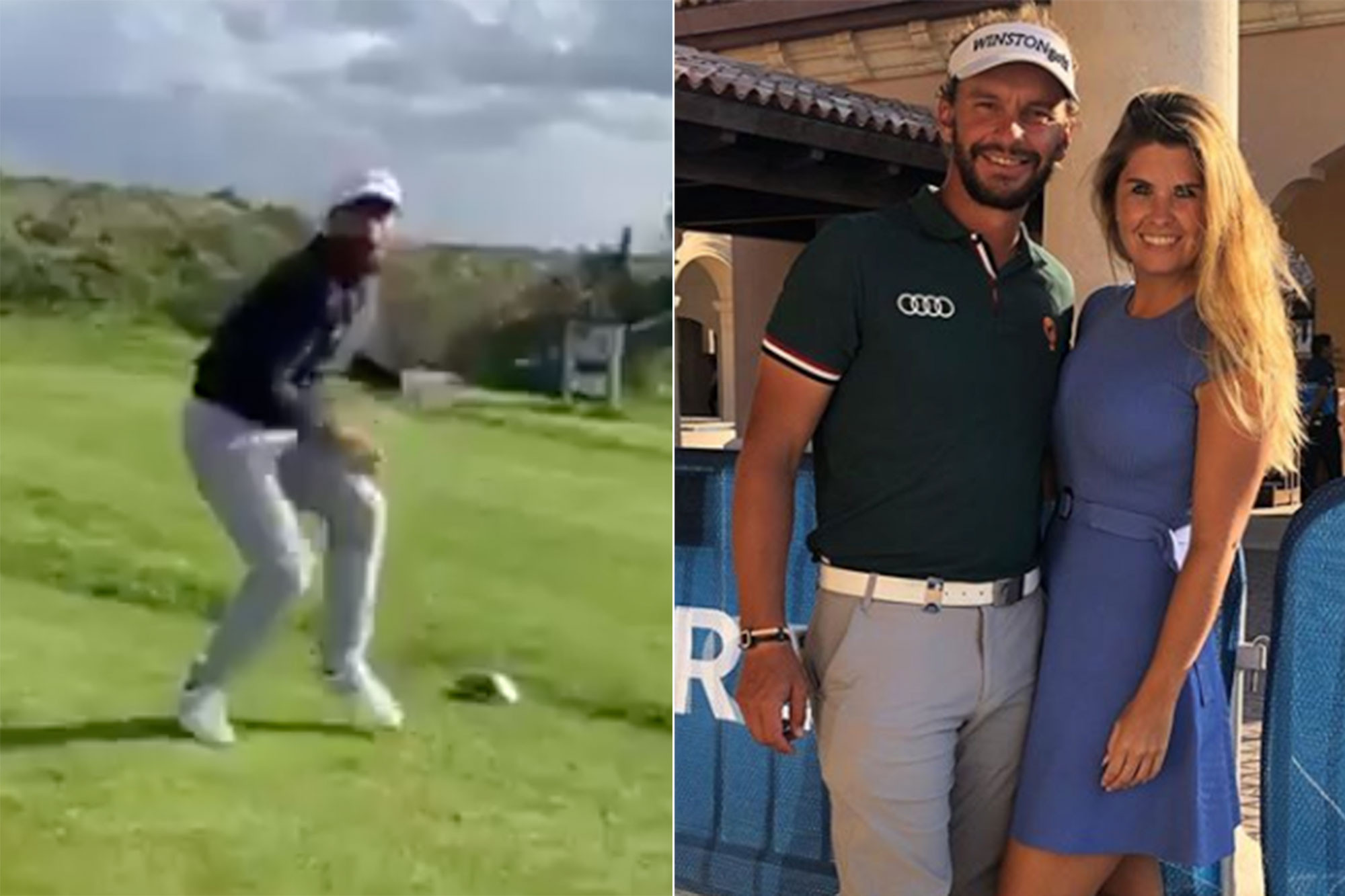 The Dutch golfer – who recently won the inaugural edition of the BMW Indoor Invitational – was being filmed trying to master social distancing swings.

The 34-year-old had been joking around with his caddy who threw him a gold club from 1.5 metres away as per new coronavirus guidelines.

Luiten would then catch the driver and hit his shot in a single movement but his first few efforts saw the world number 98 hilariously fluff his lines.

After several attempts, he eventually skews one swing and smacks his girlfriend Melanie-Jane Lancaster, who had been filming the practice.

Luiten immediately grabbed his face in horror as his partner screamed out in pain but fortunately she only suffered a bruise from the incident.

He uploaded the clip on Instagram alongside the caption: “Pfff playing golf with a caddy and keeping the 1.5m is hard.

“Almost killing my girlfriend in the proces (sic) trying to master social distancing (she survived, just a bruise).”

Fans found the clip hilarious, with one replying: “haha great but poor Melanie.”

read also:Asian golfers could lose out if Olympics go ahead: Tour chief

He divided his £8,900 prize between his own charity and a hospital in his native Rotterdam.

Luiten won the last of his six European Tour events in February 2018.

M/gladbach fans to be ‘absent and present’ against Leverkusen