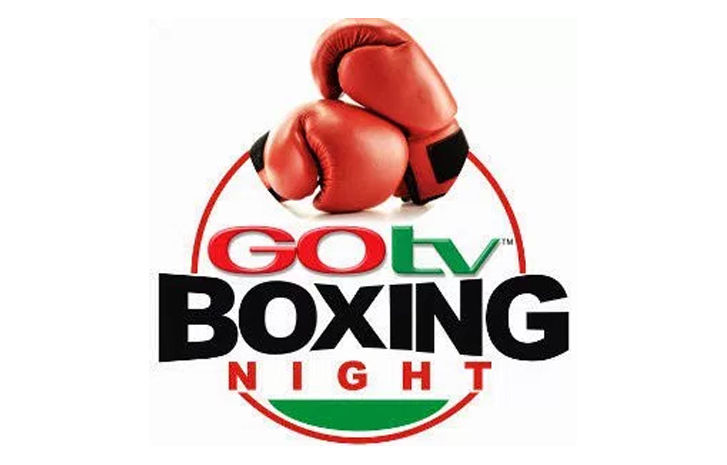 Taiwo “Esepo” Agbaje, on Sunday night, emerged winner of the Mojisola Ogunsanya Memorial Trophy for the Best Boxer at the GOtv Boxing Night 16, which carried a cash prize of N1.5 million.

The little known lightweight boxer kept the capacity crowd at the edge of their seats with his all-action style that saw him defeat Tope “TP Rock” Musa in a challenge contest.

Agbaje at the end of the fight said that he was happy about the victory and was looking forward to better opportunities, especially using the GOtv Boxing Night platform to launch himself.

“I really thank the organisers for the opportunity to show my skills, I look forward to many other challenges in the future,’’ Agbaje said.

Rafiu Ladipo, the President, Nigeria Boxing Board of Control (NBB of C), told the News Agency of Nigeria (NAN) that many undiscovered good boxers like Agbaje abound across the country.

He said that with more investments in boxing and other sports many other talents would be discovered.

“I am so proud of what I saw as Agbaje showed quality, perfection and total understanding of what was required of him to do to win legitimately on the ring.

“He is indeed a brilliant boxer and will go many place if he keeps his head and continue to work extra hard, the future is very bright for him.

“With more companies investing in sports and entertainment, Nigeria will indeed be a better place for our youths,’’ Ladipo said.

He was voted as best boxer by journalists at the event ahead of the similarly impressive and crowd favourites Oto “Joe Boy” Joseph and Rilwan “Real One” Oladosu.

Oladosu, on the night became the new West African Boxing Union (WABU) lightweight champion by seeing off the challenge of Ghana’s Benjamin Lamptey in one of the two international bouts.

The second Nigeria/Ghana bout resulted in victory for Joseph, who knocked out Emmanuel Mensah.

The show also delivered a freshly minted national champion in Adewale “Masevex” Masebinu, who avenged his previous defeat in the hands of Kabiru “KB Godson” Towolawi to claim the national lightweight title.

Masebinu’s combination of determination and furious punching left his opponent dazed, forcing him to throw in the towel at the end of the fifth round.

In yet another big-name contest, Waidi “Skoro” Usman reinforced his superiority over Chibuzor “T Boy” Obi, whose bid to avenge a previous defeat ended in a third-round knockout.

The show featured a clutch of discoveries from the last two editions of GOtv Boxing NextGen Search, who made their professional debuts.

Waheed “Showmax” Shogbanmu also saw off fellow GOtv Boxing NextGen alumnus, Azeez “Who Say So” Tijani, knocking him out in the first round.