Nigeria Wrestling Federation on Monday took time out to organize clinic for the referees that will be on duty at the Governor Dickson Wrestling Classics which begins on Tuesday at the Indoor Sports Hall of the Samson Siasia Sports Stadium in Yenagoa, Bayelsa State, Sportinglife.ng reports. 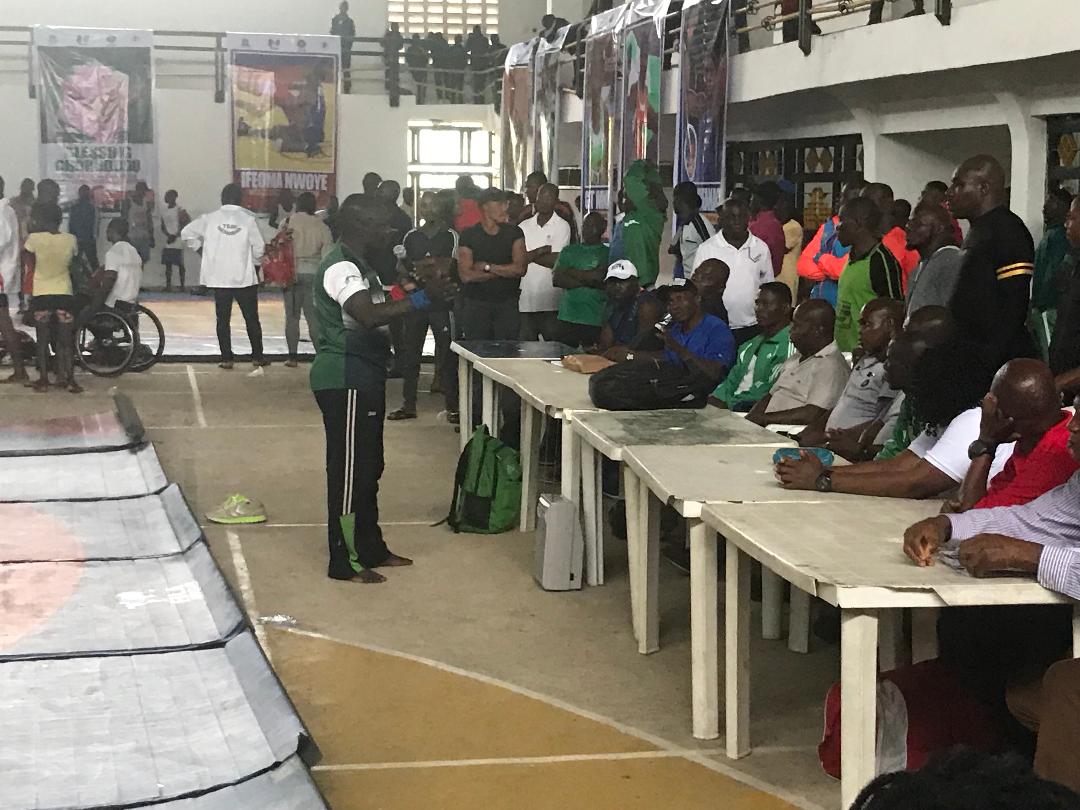 The session, which also involved the coaches and wrestlers was handled by the President of the Nigeria Wrestling Federation, Daniel Igali and the Chairman of Nigeria Wrestling Referees Association, Yusuf Usman, who explained with practical, the new changes in the rules of the sport.

The Technical Director of the NWF, Damien Ohaike, told NationSport that the training is very necessary at this point in time, as the referees, coaches, and wrestlers are expected to employ what they have learnt at the championship

The Bayelsa State Commissioner for Sports, Bayelsa Buruboyefe Perekiye said all arrangements have been put in place to ensure a hitch-free competition which will come to an end on the 2nd of July.

Perekiye, who was at the Indoor Sports Hall of the Samson Siasia Sports Complex is optimistic of staging a world-class competition.

No fewer than 500 athletes and officials from different states and wrestling clubs around the country will participate in the competition which will also serve as qualifiers for this year’s Africa Games in Morocco and the World Wrestling Championships in Kazakhstan in September.

President of the Nigeria Wrestling Federation, Hon Daniel Igali said he expects a competitive competition considering what is at stake.

He charged all the athletes and coaches to abide by the rules of the sport.
Loading...
Daniel IgaliGovernor Dickson Wrestling Classics.Latest Sports News

Rangnick has no qualms about picking Pogba as contract winds…