He or she is sure to be a New Year baby as today marks the final day of 2018 but surely Paul Pogba junior is on the way!

Pogba’s girlfriend Maria Salaues is going about her role as mother to be gracefully as she was pictured heading to stadium to support the one and only Pogba who has kissed the headlines in the 2018 for mixed reasons. 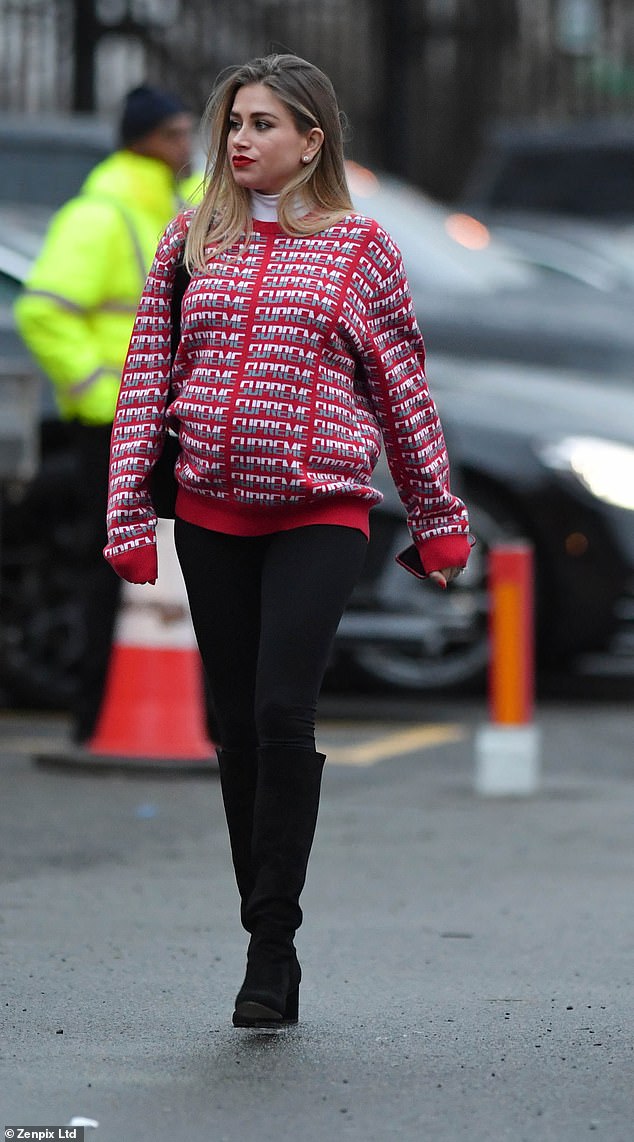 December looked like it was going to be a horror month for Paul Pogba after being dropped from the Manchester United team by Jose Mourinho. But since Mourinho was sacked, the midfielder has been recalled to the side under interim manager Ole Gunnar Solskjaer and has been in integral in their three-game winning run since.

It leaves the midfielder with much to look forward to on and off the pitch, with girlfriend Maria Salaues also expecting a child in the New Year.

She arrived at Old Trafford on Sunday ahead of United’s Premier League clash with Bournemouth wearing a red jumper by the fashion label Supreme, which sells for around £200.

Salaues has been publicly dating Pogba since 2017 when they were first spotted in LA while the France star was competing in the International Champions Cup with United.

Born in Bolivia in 1996, she had been residing in the United States where she worked as a model following an earlier career pursuit as a real estate agent. This came after she attended the University of Bolivia to study business administration.

Pogba seemed inspired by his heavily pregnant girlfriend in attendance, producing a man of the match performance by scoring twice in a 4-1 victory.

Solskjaer’s arrival has brought about a transformation — one that always seemed possible once United’s £89million record signing was happy again.

United’s next game comes on Wednesday when they travel to Newcastle United chasing a fourth consecutive victory.

United will head into the game sixth in the table as they look to haul themselves back into the race for the top four, which provides a gateway to next season’s Champions League.