The eight edition of the annual Gtbank Masters Cup hit final stage after the semifinals were played at the Campus Mini Stadium, Lagos.

King’s College secured a place in the final after thrashing Whitesand boys 4-0 to set up a clash against Anwar Ul Islam Model College, Agege.

In the ladies category,  Leadforte College took down Ansar-UD-Deen Girls High School, Itire,  2-1 to book a final place against  Queen’s College who had a smooth sail following a no show by Atlantic Hall Epe.

Ansar-ud-Deen Girls were very impressive shooting into the lead early but it was Leadforte College that eventually ran away with victory. 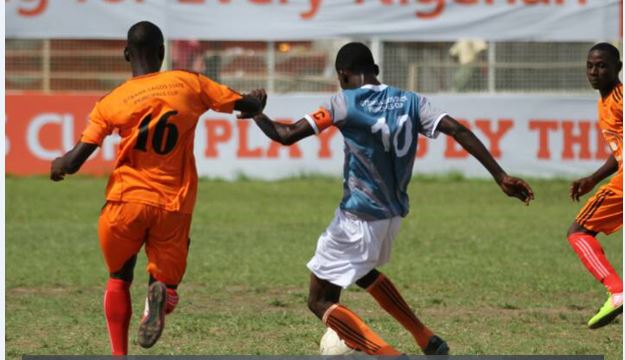 Gtbank, as usual, reiterated the need to give sports especially football the best support they can stating that this will tackle indiscipline and reduce social vices amongst the youths in the society.

The tournament was first conceived to boost grass-root football development as well encourage healthy competition among student athletes in both public and private schools in Lagos, especially those that dominated the Principals Cup since inception in 1954