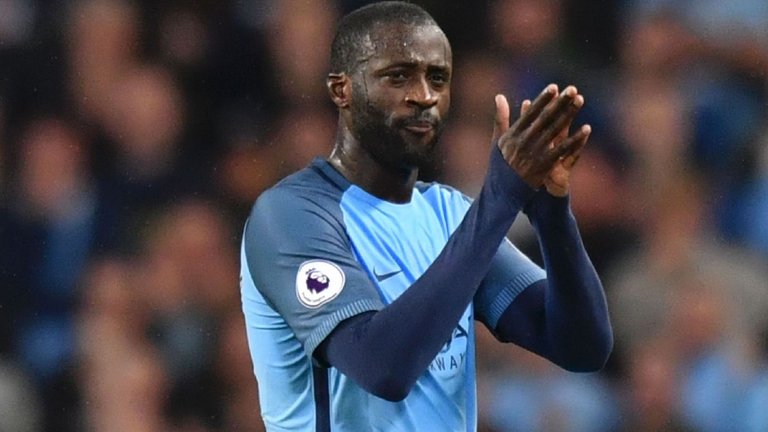 Pep Guardiola has revealed that long-serving midfielder Yaya Toure will leave Manchester City at the end of the season.

Speaking to reporters ahead of Sunday’s game against Huddersfield, Guardiola confirmed that the 34-year-old’s
contract expires this season.

“Yaya came here at the start of the journey,” he said. “Where we are now is because of what he has done. He was a key player for Roberto Mancini and Manuel Pellegrini.”

Guardiola suggested that Toure’s final match for City will come against Brighton next Wednesday.

The Ivory Coast international has won eight titles at the Etihad Stadium, where he spent eight years.

Toure has been restricted to just five starts in all competitions this season, however, and his nine Premier League outings have come from the bench.