Guardiola: Kompany would be City manager in the future

Pep Guardiola opened the door to Vincent Kompany returning as Manchester City manager one day as the Belgian was given an emotional send-off by thousands of fans. 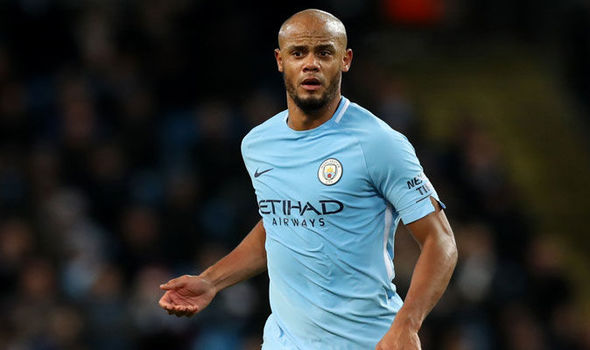 The City captain is set to take over as player-manager at Anderlecht after announcing his departure from City after 11 trophy-laden years.

And the 33-year-old had the chance to address supporters who lined the streets of Manchester on Monday night to celebrate the club’s domestic treble.

Guardiola was keen to see Kompany stay on for another year – but backed him to be a success in management, hinting he could be a future City boss.

“I think we’re going to miss him a lot,” said the Catalan. “I’m going to miss him, but he is going to see us in the future because he is coming back sooner or later.“It’s the best way to say goodbye after an incredible season together. He was a real captain, he helped us a lot.