Pep Guardiola admitted he never imagined that he would be quite so dominant over Manchester United as Manchester City manager ahead of his side’s trip to Old Trafford on Sunday. 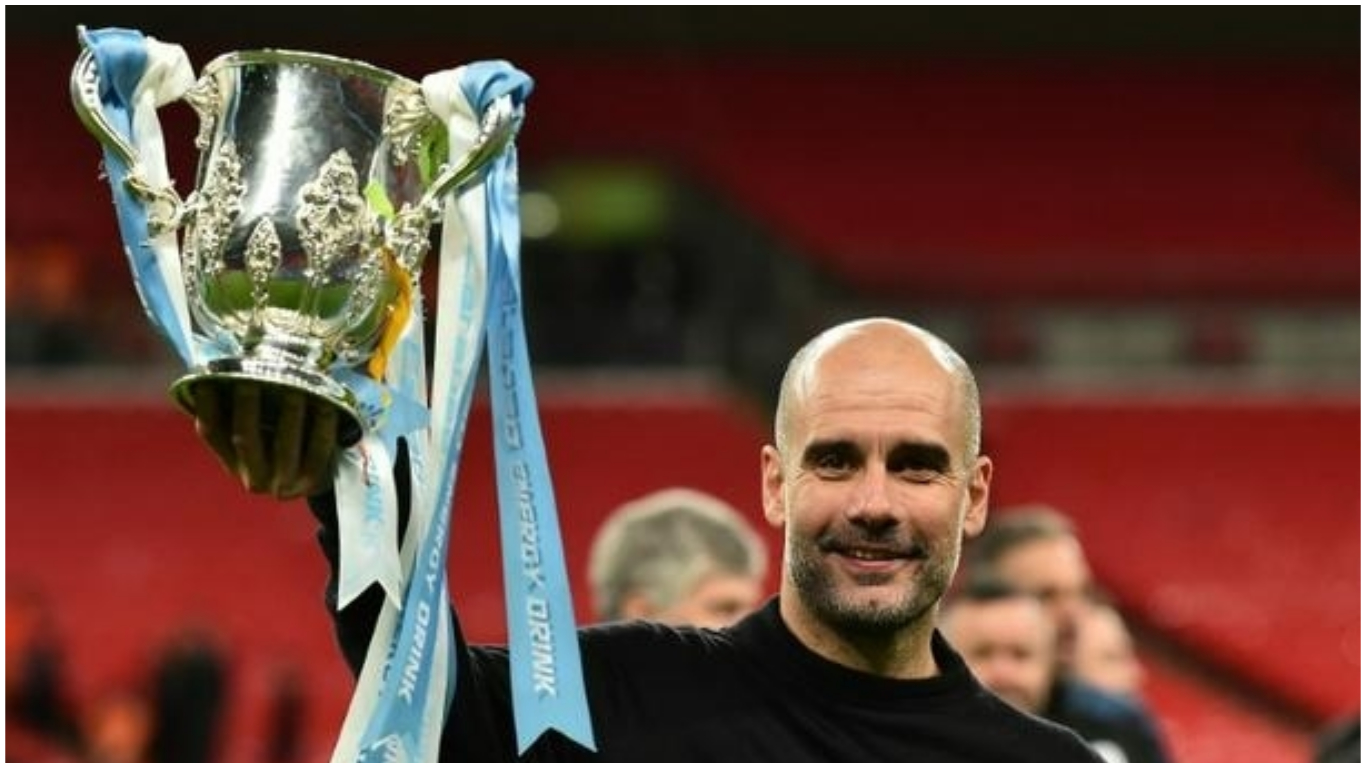 Since Guardiola came to England in 2016, City have finished above United every season with a combined points difference of 60 over that time.

Even though City are 25 points behind Premier League champions-elect Liverpool, they still hold a 15-point advantage over their city rivals.

And last Sunday’s League Cup success was a sixth major honour for Guardiola in England, compared to two for United in the same period.

“I never expected when I arrived in England to have this distance over United in these three or four years,” said Guardiola.

“There are no doubts about United’s quality and I appreciate a lot the manager, and he represents the club in an exceptional way.

“When you analyse their players in an individual and collective way, they are so good. That’s why I did not expect this gap.”

City are looking for a fourth consecutive win at Old Trafford, but United are enjoying their best moment of another turbulent season on a nine-game unbeaten run.

“What United expect is to get closer to the teams above them,” added Guardiola.

“But at the same time as United are working to improve, Manchester City won’t sit still and at the end of the season, the distance is what it is and reflects the quality.

“So if we are also 22 points behind Liverpool, it’s because they have been much better than us.”

However, the former Barcelona and Bayern Munich boss recognises the work Ole Gunnar Solskjaer is doing at United.

They are a long way off challenging for the title, but with signings like Harry Maguire and recently Bruno Fernandes, Solskjaer is slowly putting the pieces of United’s puzzle back together.

“I always believe that managers and clubs need time to implement and build something that the manager believes in,” said Guardiola.

“Unfortunately results sometimes take the decision to break that process.

“I’m not there, I’m not part of United but what I feel is that people believe in Ole and I think he is doing a really good job.”

United are three points behind Chelsea, who occupy the fourth and final Champions League position and entertain Everton at Stamford Bridge on Sunday, and Guardiola can see that the Reds are building some momentum.

“Now the results are coming back,” he added. “They are scoring goals, creating chances and conceding few because they have a good goalkeeper and good defenders.”