Syli Stars midfielder, Naby Keita has returned to Anfield to meet with Liverpool doctors after Guinea’s 2-0 win over Burundi at the Africa Cup of Nations on Sunday. 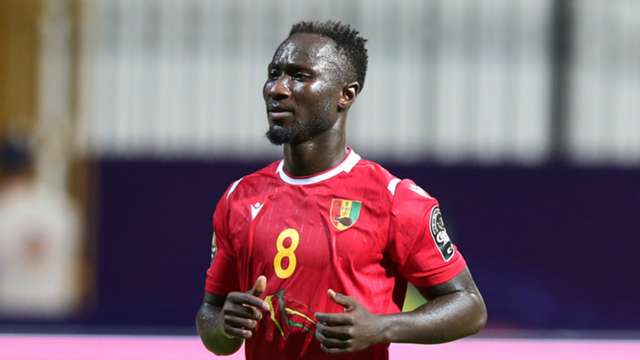 The Liverpool player is expected back in Egypt by Wednesday ahead of Guinea’s Round of 16 clash, according to the team’s spokesman.

“Yes, he has gone for medical consultation (at Liverpool). As you know, he was the victim of a lot of heavy challenges in the game against Nigeria,” Mamadou Camara, the Guinea press officer, told BBC Sport.

“So he consulted with medical staff over there [at Liverpool] and they asked him to come back for two days.

Keita has featured in two matches, the first against Burundi coming on as a substitute and against Nigeria’s Super Eagles in their second group but failed to go the whole distance.

He was however forced to sit out Sunday’s match against the Swallows of Burundi.

Guinea finished as one of the best four losers with four points from three matches in Group B.

The West Africans will play the winners of Group D in Cairo on Friday.