The pair, who were spotted working together last month at the Australian Open, will formally begin their partnership next week at the Qatar Total Open in Doha, which begins on February 11th.

The reigning Roland Garros champion split with her former coach Darren Cahill during the off-season, with Cahill citing the need to spend more time with his family in Australia as the basis for the mutual and amicable decision. 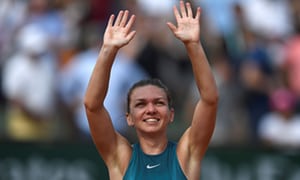 Halep began her 2019 campaign with the intention of flying solo through the spring hardcourt season and, by her own admission, played far better than she might have expected at the Australian Open. With a shortened pre-season, no coach, and just one match before the first Slam of the season, Halep earned two tough wins over Kaia Kanepi, Sofia Kenin, and Venus Williams, before pushing Serena Williams to three tough sets in the Round of 16.

Halep confirmed in Melbourne that she began speaking to Van Cleemput for the first time after he split with ATP World No.21 David Goffin mid-tournament. Van Cleemput was on court watching over Halep’s practice ahead of her third round against Serena.

Halep is currently headed to Ostrava, Czech Republic to represent Romania in their Fed Cup tie against the defending champions this coming weekend. From there, she is entered in both Doha and the Dubai Duty Free Tennis Championships.

Solanke will score goals for Bournemouth-Howe

Zidane bows to Chelsea superiority: ‘They deserved to win’

Zidane bows to Chelsea superiority: ‘They deserved to…