Nigeria will take on Angola in a tough duel today on the opening day of the 24th Men’s Senior Africa Nations Cup, which will begin in Rades, Tunisia. The competition will end on the 26th. 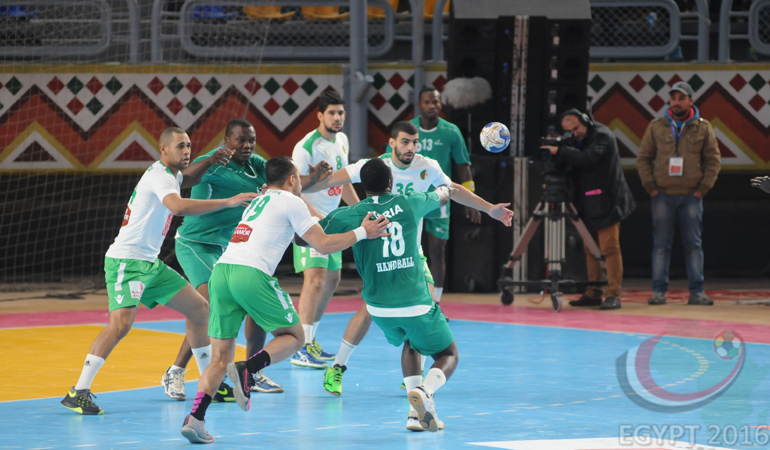 The match is the third game of the day and the first in Group B which also has Gabon and Libya. The Angolans are favourite to win this game after finishing third at the last edition in Gabon, while the Nigerian team finished last.

However, a resurgent Nigeria team that went on a training tour in Tunisia, winning two and losing two warm up games, is expected to give the Angolans a good fight. The best Nigeria has achieved is a fourth place finish at the 1998 edition in South Africa.

The Nigerian team must play as a unit and the players must show tactical and technical toughness to go far in this completion. Coach of the team Rafiu Salami told NationSport that the players were getting in shape and with a little bit of luck they will go far in the championship.

Salami, noted that the team have become tactically and technically strong since he joined them two weeks ago. He noted that thw warm up game have put the team in good stead to achieve success.

“I am happy with what we have been able to achieve before the championship started. We have done well in the friendly games and team is mentally and physically strong to take on any opposition.

Technical director of Handball Federation of Nigeria (HFN), Ferdinand Emeana said the team was in good shape to do well at the championship. He commended the president of the Federation, Sam Ocheo for ensuring that the team embarked on a training tour and assured that they would do the country proud in Tunisia.

Since the inception of the championship, only three team Tunisia (10 times), Algeria (7 times) and Egypt (6 times) have won the title.

Nketiah rejects loan transfer as Arsenal give him first-team shot