Hazard will make the difference at Madrid–Courtois

Thibaut Courtois is convinced that Eden Hazard will be of great value to Real Madrid ahead of the new season. 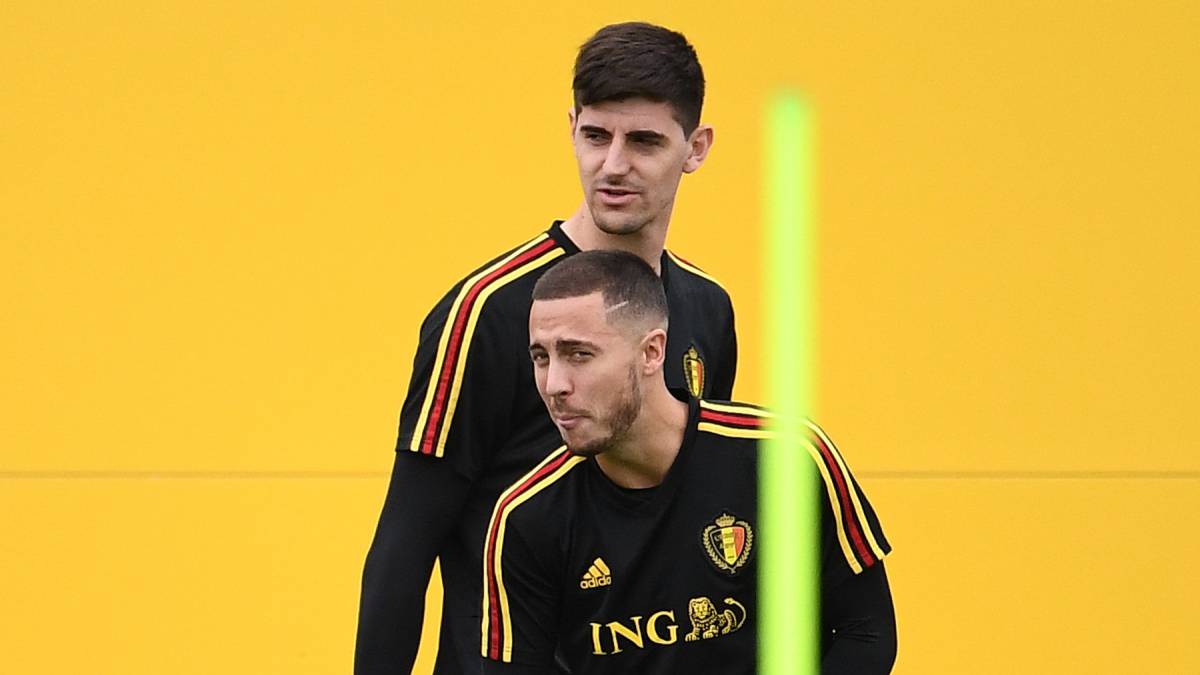 The Belgium international signed a five-year deal with the Spanish side last Friday for a fee of £130million.

He joined after helping Chelsea win the Europa League crown and a top four finish.

The Spanish giants finished third in La Liga and were surprisingly knocked out of the Champions League at the last-16 stage by Ajax.

But Courtois, who played with Hazard at Chelsea before moving to Real last summer, is convinced Hazard will be a brilliant addition for Los Blancos.

“If he speaks a little Spanish, it will be even better,” Courtois said after playing in Belgium’s 3-0 Euro 2020 qualifying win against Kazakhstan on Saturday.

“It’s very nice that we’re going to be together. He’s my friend, I get along very well with him and his family. For Madrid it’s going to be fantastic. I think [Hazard] is going to make the difference and I hope we can win many titles next season.”