Eddie Hearn is amused that Andy Ruiz Jr. is saying that he wants $50 million if he’s to travel to the UK to defend his IBF/WBA/WBO heavyweight titles against Anthony Joshua in a rematch in November. 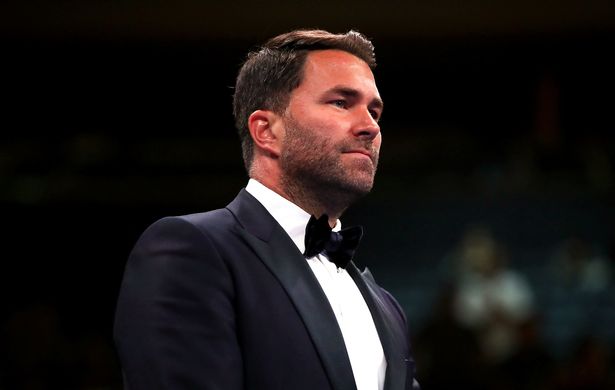 Hearn says he’ll announce the location of the Joshua vs. Ruiz Jr. rematch in the next two weeks.

He says he wants it in the UK. However, Joshua is open to coming back to Madison Square Garden in New York.

Ruiz Jr. wants the second fight against AJ to take place in the United States in Los Angeles or in Mexico.

” He doesn’t say what that means in terms of the $50 million that Ruiz is demanding for him to fight Joshua in the UK, but it’s quite possible that the money is already spelled out in the rematch clause.

Ruiz likely also won’t be able to pick the location of where the second fight with AJ will take place, because the location is believed to be in the rematch clause as well.