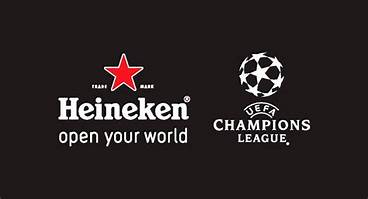 Spanish outfit Atletico Madrid will be hosting Serie A giants Juventus while German side Schalke 04 is ready to welcome Manchester City to the Veltins Arena as the  UEFA Champions League continue Wednesday(Tonight).

Atletico Madrid have seen their position on the La Liga table drop down to  between 2nd and 3rd in recent weeks after losing to sides like Real Betis and city neighbours Real Madrid in February while Italian giants and current Italian leaders Juventus have had a fairly comfortable February in the League Beating sides like Frosinone and Sassuolo both by 3 goal margins in the league, this would be a fixture where the winning side can show their intent.

Schalke 04 has been struggling themselves, with the team yet to win a league match in the month of February they would be hosting Manchester City, a side that has successfully dispatched opposing teams like Arsenal, Everton and most recently Chelsea with some great degree of ease, for Schalke 04 this might just be the end of their tournament or a win that signals what the team is about.

Speaking on the Unmissable Moments Campaign, Senior Brand Manager, Heineken, Mfon Bassey had this to say, “Heineken has always been passionate about giving football fans in Nigeria premium football experiences, rewarding their passion for the sports and the campaign is just another way of fulfilling on that. As a football fan myself, I am overjoyed that we are finally at the knockout rounds of the UEFA Champions League. We have a lot planned out this year for the fans, so they can expect a lot more from us this season”.

Heineken has always given premium experiences to football fans in Nigeria, this includes bringing the coveted UEFA champions league trophy  to Nigeria in 2014, much to the delight of the large array of passionate Nigerian football fans.

Heineken, premium lager beer, will continue to share the “Unmissable Moments” from the 2018/2019 UEFA Champions League season with football fans as the road to the finals holding at the Wanda Metropolitano in Spain continues to heat up with European heavyweights locking horns vying for the coveted trophy.

D’Tigers must end qualifiers on a high- Alex Nwora

Nigeria seek to march on in AFCON 2021 against Tunisia