Atletico Madrid are expected to allow Mohammed Salisu to remain on loan at Real Valladolid if they are able to complete the centre-back’s signing, but his arrival at the Estadio Wanda Metropolitano may be brought forward if Los Colchoneros are able to sell Mario Hermoso. 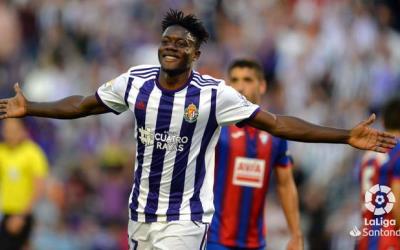 The Spaniard’s contract at Atletico will run until June 2024, but Hermoso’s lack of game time – he is now the fourth-choice centre-back at the club – may cause him to look elsewhere, while those upstairs at the Wanda would not necessarily be opposed to his departure.

Of course, after paying Espanyol 25 million euros (and another four in variables) last summer, Atletico would want to receive an equivalent figure if they were to sell.

During his time at the RCDE Stadium, Hermoso became a regular in the Spain setup, but his lack of minutes under Diego Simeone has seen him fall out of contention, which will no doubt be in the defender’s head ahead of the European Championship next summer.

Nevertheless, it all depends on what the transfer market has to offer.