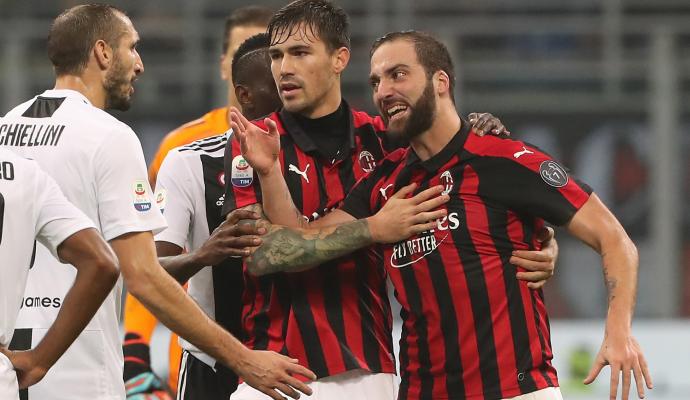 Gonzalo Higuain has disappointed the expectations of AC Milan fans but also his own in a night that was supposed to be unforgettable but instead was a nightmare. The Argentinian striker ‘betrayed’ Milan, as written by Gazzetta dello Sport, and the other newspapers are also not soft on the former Juventus man.

“You can understand everything: the bitterness, the anger for the missed penalty against his former team, his substitute in black and white. But the error at the end of the match remains serious and the hysteria was unacceptable,” the Italian paper wrote this morning, giving Higuain a 4.5 rating.

“An evening to forget. A missed penalty, sending off for insults to the referee after being warned. He will miss the match against Lazio. In addition, he took the ball from Kessie’s hands to take the 1-1 penalty that hit the post,” Corriere dello Sport wrote, giving him a rating of 4.

“Won the penalty which he wanted to shoot (in these cases the ball goes to Kessie) and was fooled by Sczesny’s movement. The explosion of anger is the other sign of the game lived in a too personal way. With a bankruptcy result. His and collective,” Tuttosport described Higuain’s performance, giving him a 4.

I’m not ready for Joshua— Usyk