Chelsea have signed Gonzalo Higuain on loan from Juventus until the end of the season, the London club has confirmed. 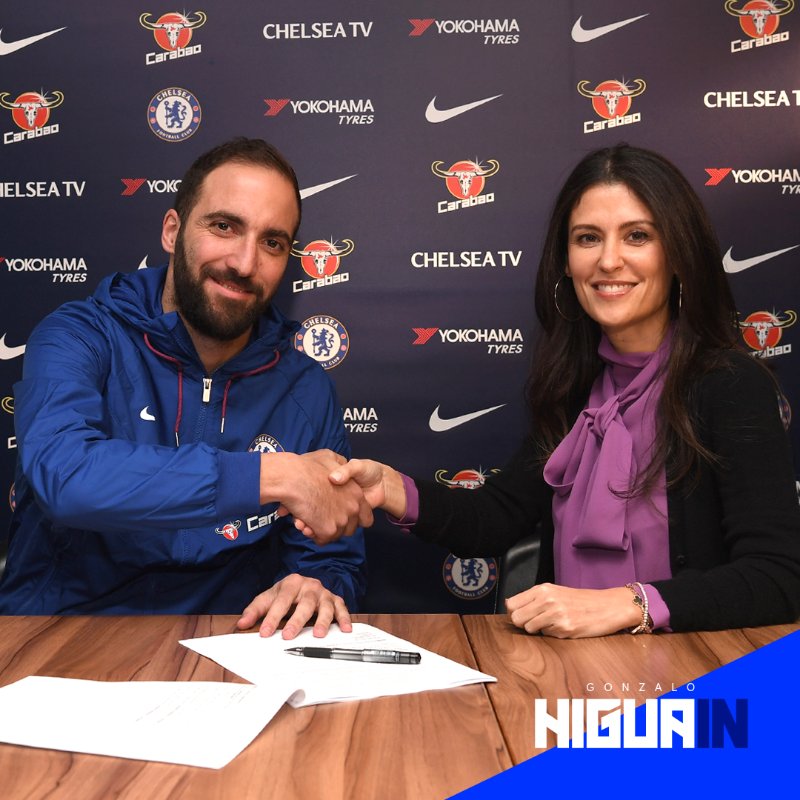 “When the opportunity to join Chelsea presented itself I had to take it. It’s a team I’ve always liked that has a lot of history, a wonderful stadium and they play in the Premier League, a league I’ve always wanted to play in,” said Higuain.

“I now hope I can give back that trust Chelsea have shown me out on the pitch. I can’t wait to start and I hope to adapt as soon as possible.”

The move reunites Higuain with manager Maurizio Sarri, who managed the player at Napoli.

Higuain has managed six league goals in 15 appearances for Napoli, and will hope to hit the heights he did under Sarri at Napoli when he scored 36 goals to equal the Serie A record for most goals in a season in 2015-16.

“He is a very strong striker, especially in my first season in Naples,” explained Sarri. “He did very well. For sure he is one of the best strikers in my career. He has the right experience to play here.”

“We believe he will sign the contract today. I hope that he will start scoring for us. I know he has had some difficulties at the moment, but we hope he can get back to his best form.”