The veteran playmaker will leave the club at the end of the competition and is determined to complete his full set of major trophies by conquering Europe.

Silva was left out of the starting lineup for City’s last-16 win over Real Madrid last week, but Guardiola insists he is physically and mentally ready ahead of Saturday’s quarter-final against Lyon.

“Absolutely he’s ready,” said the City boss. “The way he trains, his mentality in training, really impressed me.

“It is a pity that his last game in the Etihad was without the people, but he will be back when they are back. He will be back and get what he deserves (for a send-off).”

And Guardiola admits he didn’t even try to convince Silva to extend his stay after 10 years at the club.

He is widely expected to complete a free transfer to Lazio and Guardiola added: “He decided at the beginning of the season to move on.

“He wanted to spend one decade here and now it is time for a new experience.”

City will be without Sergio Aguero, who is yet to travel to Lisbon from Barcelona following a knee operation.

It means the Argentina striker faces a race to play any part in the competition, with only a week to get up to match fitness if City progress to the final.

Guardiola said: “He’s still in Barcelona. I think he should come here and do a test. It’s only been a few days.

Gabriel Jesus should continue to lead City’s attack in the absence of Aguero, with Raheem Sterling on the left.

The right wing is likely to be the only position in the front three up for grabs, with Riyad Mahrez, Phil Foden and Bernardo Silva all pushing to start.

Guardiola must also decide if Eric Garcia will partner Aymeric Laporte in central defence after the 19-year-old rejected a new deal amid interest from Barcelona. 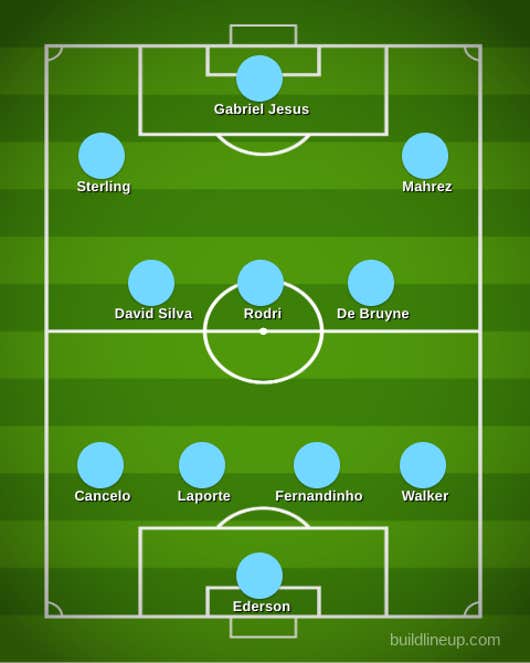 Fernandinho was used at centre-back against Real, with Garcia named on the bench.

Joao Cancelo is also pushing Benjamin Mendy at left-back after his outstanding performance in the last round.