By Akeem Lawal  On Aug 11, 2018 0
Nigeria international, Victor Moses is in cloud nine after Chelsea got off to a flying start in the Premier League by recording a 3-0 victory away to Huddersfield. 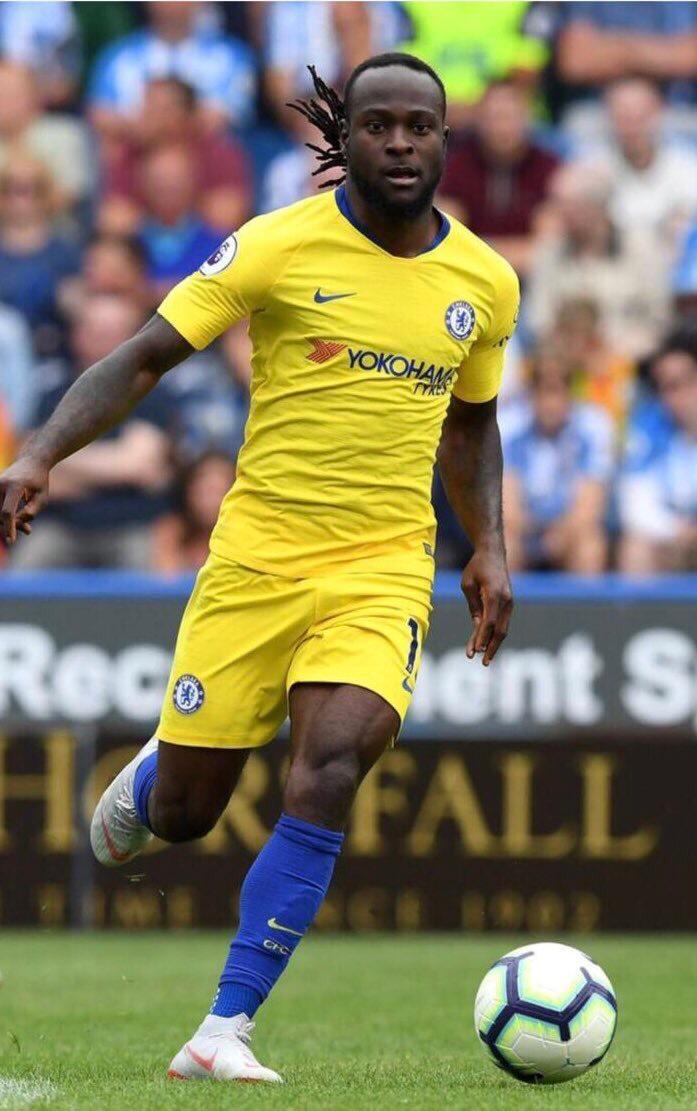 Midfield marshal, N’Golo Kante got Chelsea up and running in the 34th minute, with a cool Jorginho penalty doubling their lead on the stroke of half-time, before Eden Hazard came off the bench to tee up Pedro for the third in the 80th-minute to give Blues’ boss Maurizio Sarri the dream start he wanted.
The Super Eagles winger, who was an 81st-minute substitute for Pedro took to his Twitter account to celebrate the team’s impressive victory.
“Great way to start the new season. Massive win! #CFC,” the 27 year old who uploaded his action picture, said via @VictorMoses.
ChelseaHuddersfieldMoses