Former Nigeria captain, Augustine Okocha has been named among the top five high profile signings made by Hull City in the club’s 116-year history, Sportinglife.ng reports. 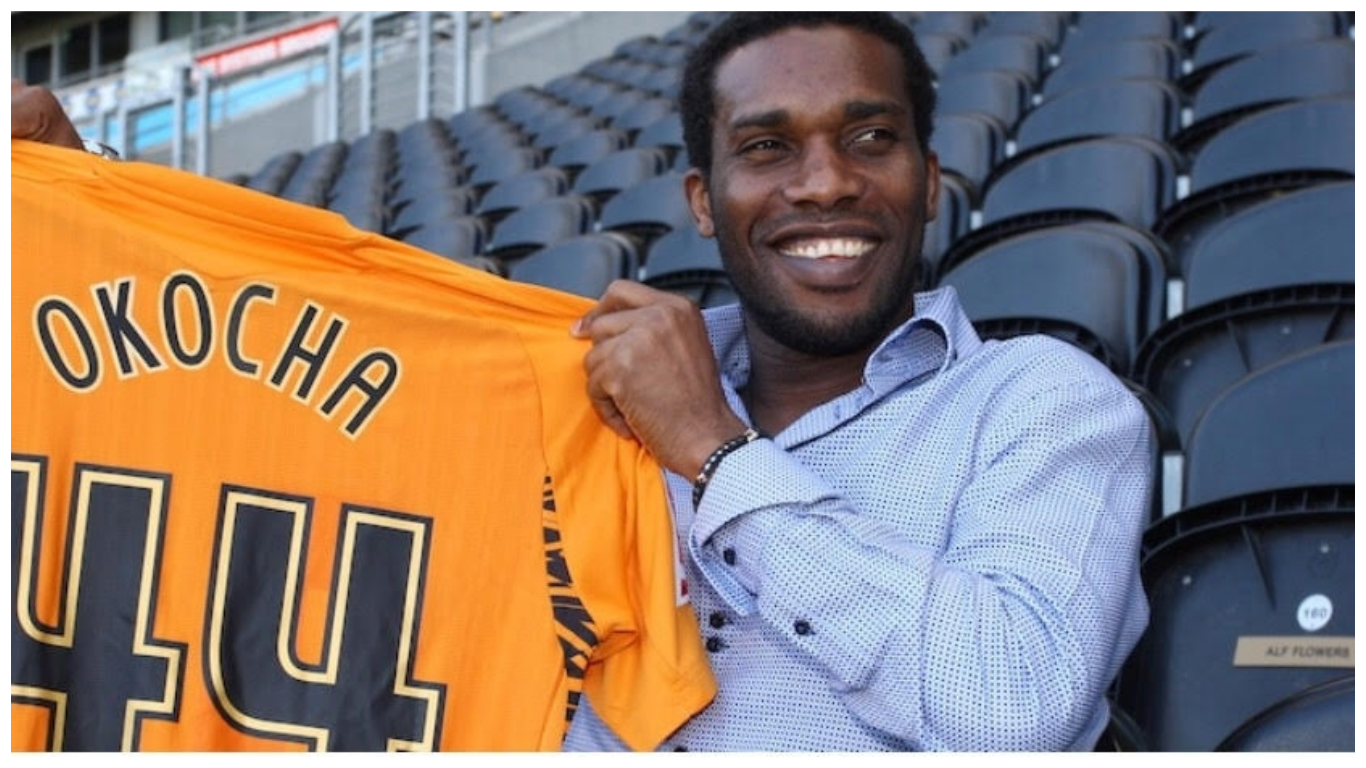 The former Nigeria international, who joined Championship side on a free transfer in 2007 after a successful stint with Eintracht Frankfurt, Fenerbahçe, Paris Saint-Germain and Bolton Wanderers, was name alongside Nick Barmby, Raich Carter, Billy Bremner and Emlyn Hughes in the club’s historical feature.

“Over the past few years, the title of Hull City’s biggest-ever signing has had to be revised on quite a few occasions but the bar was lifted to a whole new level in September 2007 when Jay-Jay Okocha agreed to become a Tiger.

“The creative midfielder went to make 19 appearances in all competitions during the 2007/08 campaign as the Tigers won promotion to the top-flight of the English game for their first time in 104 years of existence.

“Named in the list of the 125 greatest living footballers, selected by Pelé in conjunction with FIFA’s centenary celebrations in 2004, the Nigerian superstar is arguably the most gifted African footballer of all-time,” the club said about the Nigerian on its website.

Christened Augustine Azuka Okocha, his career in European football began with German third division side Neunkirchen in 1991, but after just one season he moved to Bundesliga side Eintracht Frankfurt.

In 1998, French side Paris Saint-Germain spent around £14 million to sign the Nigerian, making him the most expensive African player at the time.

He joined Bolton Wanderers on a free transfer after leaving PSG in the summer of 2002 after the FIFA World Cup.

Football legend #AustinOkocha has been propagating the gospel of the German league during the #BundesligaLegendTour this week. #footballasitismeanttobe #Bundesliga #StarTimes.

Jay-Jay’, as he is nicknamed, soon became a real crowd favourite at the Reebok Stadium as his skill and goals helped to firmly establish Bolton in the Premier League.

Okocha also enjoyed success on the international scene with Nigeria, netting 14 times for Nigeria in 73 appearances. He featured in three World Cups (1994, 2008 and 2002) and also helped his country to a gold medal at the 1996 summer Olympics in Atlanta.