I always want to make my late dad proud – Oduduru

Nigerian male sprint sensation, Divine Oduduru has revealed the passion to make his late dad proud has been the motivation for his blistering for on the track this season, Sportinglife.ng reports. 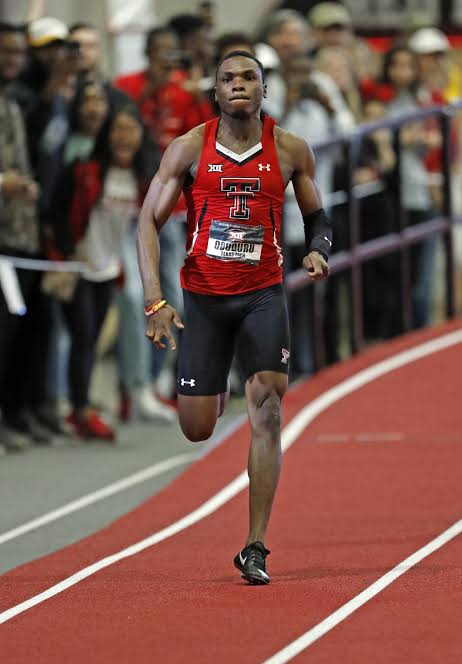 Late Pa Oduduru died in August last year while Divine was competing at the Asaba 2018 African Senior Championships but the news did not deter the 22 year old from winning a silver medal at the 200m event.

“My motivation is that I wanted to make my late dad proud. I lost my dad in August last year. He has always wished for me to get to this stage of my career. So I want to make him proud wherever he is. He should know that I am always working hard to make sure I get to where he had always wanted me to get to,” Oduduru said in an interview.

The Texas Tech University sprinter broke records in 100m, 200m races recently in the US, where he ran the world’s fastest time for this year at the 2019 Michael Johnson Invitational in Waco, Texas.

He recorded 9.95 seconds in the 100m, the world’s fastest time for this year before running 19.76 seconds in his first 200m of the 2019 season, the second-fastest time ever run by a collegiate athlete.

Not only did that help Texas Tech win the championships for the fourth time, but it also helped Oduduru qualify for the 2020 Olympics in Tokyo.

Oduduru is a five-time African Junior Champion, winning one Gold Medal in 100m, two in 200m and another two in the 100m relay.

In 2014, he won silver in the 200 metres at the World Junior Championships, a year after making it to the final of the 2013 World Youth Championships.

Nigeria, 144 others for 2019 World Taekwondo Championships

Eagles’ goalkeepers will do well in Egypt–Agu boasts