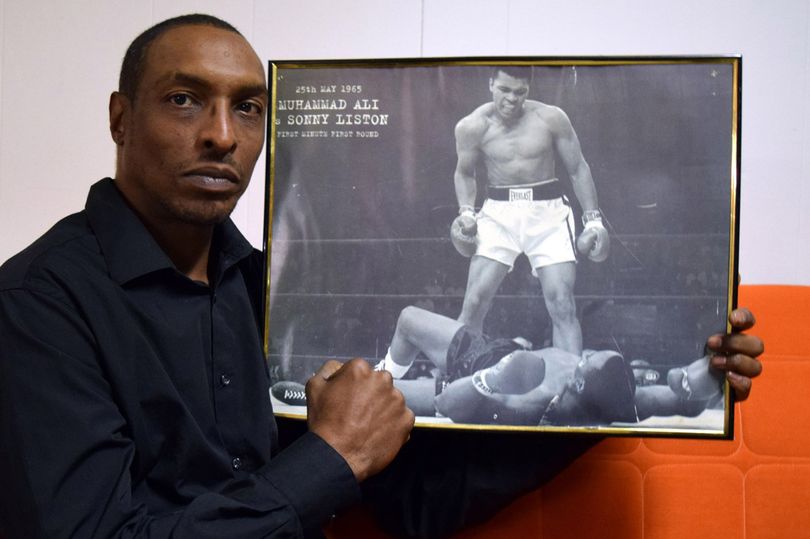 Muhammad Ali’s only biological son has claimed he is surviving on less than £6 a day and is forced to do odd jobs to make ends meet.

But he claims all he receives is a small allowance from the estate, meaning he will spend Christmas penniless.

Junior said: “I have no plans for Christmas. I’m just trying to make a living.

“I’ll do anything – construction, break­­ing up concrete, painting, but at the moment I’m making nothing. I cut grass, pull hedges, weeds, clean shutters, clean gutters. My friend lets me use his truck and equipment and I give him half.”

Junior, 46, lives in a dingy room in a three-bedroom condo in Miami.

Estranged wife Shaakira, 49, and their two young children live in Englewood, Chicago – a neighbourhood with one of the worst crime rates in the US.

He and Shaakira are barely on speak­­ing terms after she gave an interview in 2016, wrongly claiming he ran away to Florida with his fortune.

Yet Junior said he received no windfall and moved to be nearer his mother, his father’s first wife Khalilah, and to find corporate work. But that did not work out.

He had expected to share his father’s £50million estate with the boxer’s fourth wife Lonnie, seven daughters and adopted son Assad.

However, tensions have existed between Junior and his stepmother for decades.

Lonnie, 61, who had power of attorney over the fortune, is understood to have helped to write the ex-heavyweight champ’s will before his death.

Junior said: “I miss my kids so much. My wife said I ­abandoned them and got mil­­lions, which was wrong. Even though I earn next to nothing, I’d love to send money back home for the kids or be able to afford a flight to Chicago.”

Junior believes other ­relatives get more money but he cannot know as they have not spoken for two years.

He added: “It makes me feel like crap but I deal with it. What else can I do?

Why I rejected $50m offer to fight Wilder at Wembley – Joshua