Former Super Falcons Captain Evelyn Nwabuoku has expressed worries that her current form as one of the best midfielders in the Nigerian women football league has failed to earn her a recall to the senior national team. 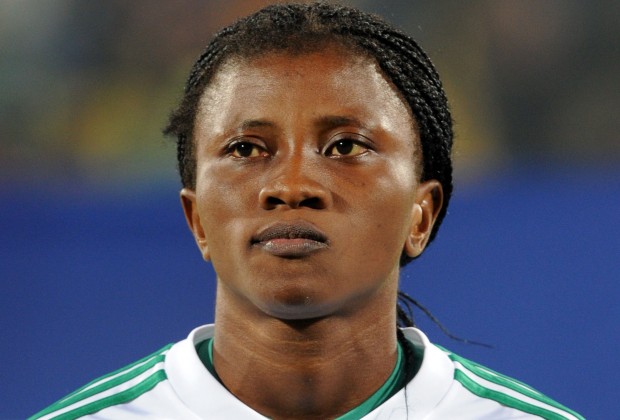 Nwabuoku who was voted the best midfielder in female football in Nigeria, had professional stints in Kazakhstan and France before injury stopped her sojourn abroad revealed that she had recovered fully and ready to face the challenges in the senior female national team.

“I think I deserve a recall to the Super Falcons to give the team a boost. I have missed back to back women AFCON due to injury in 2016 in Cameroon and last year in Ghana. I just want to reunite with my team mates in Super Falcons

“Missing out of the AFCON in Ghana was very painful considering the amount of efforts I put in to be part of Super Falcons team that won the cup. I have put that behind and I just want to rejoin the team and play my part in the growth of the team ahead of the world cup in France bill for June this year.

The Delta born midfielder said with new expatriate coach Thomas Dennerby in charge of the Super Falcons, Nigerians can be rest assured that the team will do well at the upcoming Fifa women’s world cup.

Nwabuoku, who returned to the country two years ago after injury forced her out of the women’s league in France led Rivers Angels of Port Harcourt to win the Nigerian regular league, but lost out in the Super Four last month to Bayelsa Queens.