ZLATAN IBRAHIMOVIC could be hit with a fine after taking his £1.6million custom Ferrari on an ILLEGAL drive.
The Swedish star bought himself a rare Ferrari Monza SP2 for his 38th birthday in October. 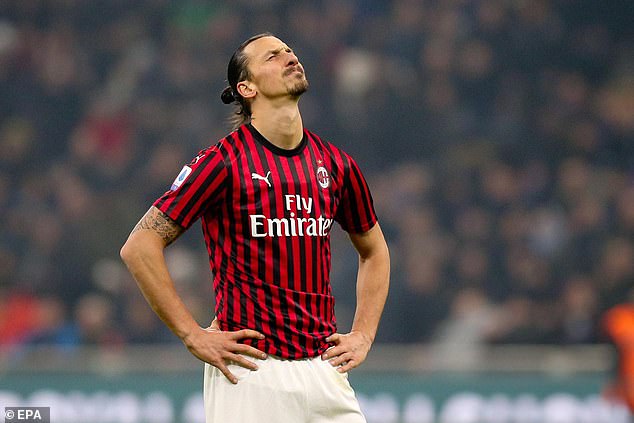 But after cruising the streets of Stockholm in the completely roofless black number, Zlatan faces a fine after the Swedish Transport Agency revealed it had not been registered since March.
On Ibrahimovic’s drive, Mikael Andersson of the STA said: “It is cancelled and has been since March 30.
“A car may not be driven if it is cancelled.”
Under the rules of the road in Sweden, Zlatan was only allowed to drive it “the shortest possible route to or from the nearest inspection.”
Ibrahimovic bought the Ferrari in October, sharing his purchase with his 42.9million Instagram followers, captioned: “Happy birthday to Zlatan.”
The AC Milan striker took the illegal spin just before heading back to Italy to undergo two weeks of quarantine before a return to training.
Ibra had spent the past seven weeks in Sweden, opting to spend his lockdown in his home nation.
But the legendary striker couldn’t resist taking his rare ride – that can hit 0-60mph in around 2.9 seconds, with a top speed of 186 miles-per-hour – out for a spin.
It’s not the first time Ibrahimovic has caused a stir by driving an outlandish sports car, either.
During his time at Barcelona – where he compared himself to a “Ferrari being driven like a Fiat” under Pep Guardiola – players were banned from driving sports car to training.
Zlatan being Zlatan opted to ignore that, once himself revealing: “Barca players were banned from driving their sports cars to training.
“I thought this was ridiculous – it was no-one’s business what car I drive – so in April, before a match, I drove my Ferrari Enzo to work. It caused a scene.”
Ibrahimovic’s latest purchase – the Ferrari Monza SP2 – has no roof, no side windows and even no windscreen.
At the time of buying, only 499 people were said to have owned the super-exclusive Ferrari.
Swedish car writer Alrik Soderlind, editor-in-chief of Auto Motor & Sport suggested while the car may be flashy, but is geared more towards “pleasure” than performance.