Odion Ighalo paid tribute to his late sister after bagging his first Manchester United goal in the return leg of the Europa League round of 32 clash against Club Brugge on Thursday night. 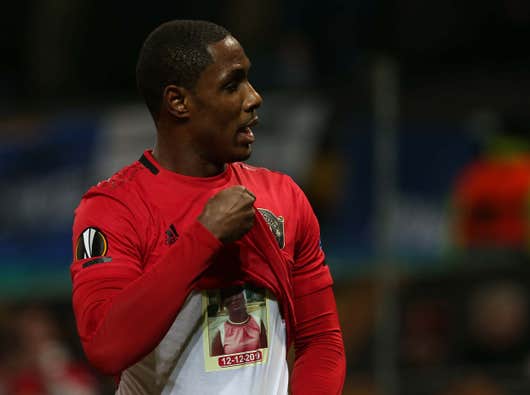 The Nigeria striker made his first start for the Red Devils following his January move from China which United won 5-0 to qualify for the final 16 after playing a 1-1 draw in the first leg.

Ighalo started as the focal point of United’s attack after Anthony Martial – who had scored three times in his last three games – suffered an injury in training on Wednesday.

Martial picked up a thigh problem and was subsequently ruled out.

Bruno Fernandes played a key part in creating the chance, turning one way, then the other, before clipping a fine ball over the Brugge defence. 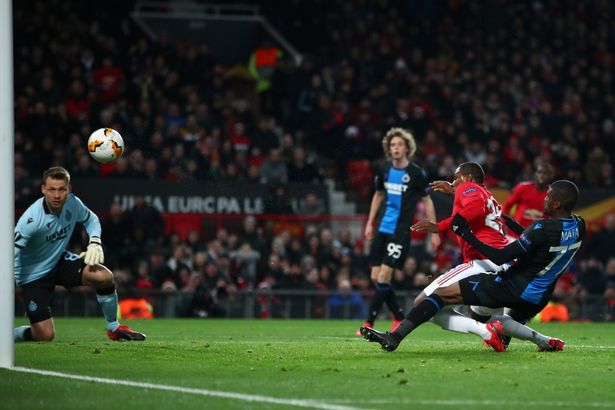 Juan Mata timed his run perfectly to square, and Ighalo slammed into the net from six yards after 34 minutes on the pitch.

He joyously turned and ran towards the corner flag, sliding on his knees before being congratulated by teammates.

Ighalo would then lift his shirt to reveal a t-shirt underneath, featuring a picture of his sister, Mary, and the date of her death, December 12, 2019.

Mary, who lived in Canada, had collapsed and passed away while getting her children ready for school.

Both Ighalo and his sister had grown up as Manchester United supporters.

“My sister was a strong United fan. All of us grew up watching Manchester United, we all supported them.”

“Mary’s husband followed Chelsea, while their children were Manchester City and Liverpool fans, but she stayed loyal to United.”

“She always prayed I would sign for United. Even when she came to watch me in the Premier League playing for Watford she hoped I would join United.

“The painful part for me is that I now have signed for United, but she is not here to see it.”