Ighalo saves the day in fierce battle against Burundi

Late substitute Odion Ighalo was the saving grace for Super Eagles in their opening match of the 2019 Nations cup on Saturday in Alexandria.

What most analysts had tipped to be a walk in the pack for Super Eagles turned out to be a hard nut to crack as the team puffed and sweated all in an attempt to break into the Burundian defence.

Aside from being debutants, Burundi are the lowest ranked team in the championship. But a hard fighting Burundi refused to give Eagles a breathing space contesting for every ball and squaring up to the three time Nations cup winners shot for shot and tackle for tackle. 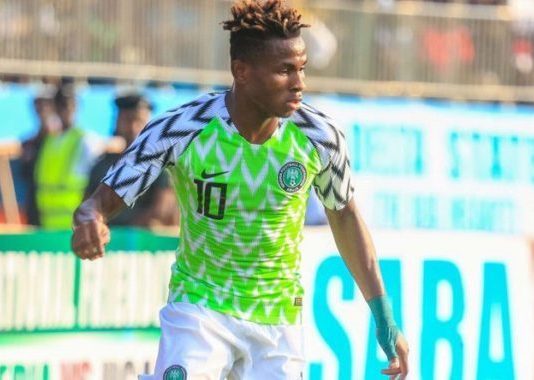 Super Eagles goalkeeper Daniel Akpeyi was put to the test a couple of times by the Burundian side who prior to the start of the tournament were promised regular supply of milk while the tournament lasts by a Diary Company back home in Bujumbura.

It was however Ighalo that broke the deadlock in the 77th minute less than four minutes after replacing Paul Onuachu.

Ahmed Musa who was introduced in the 58th minute in place of Captain John Obi Mikel had brought in some firepower with a couple of scintillating moves, a reminder of his impressive run against Iceland at the last world cup in Russia.

One player that was however a delight to watch, despite failing to find the net was Samuel Chukwueze.

The Villarreal forward was able to cut into the Burundian defence a number of times and almost came close to shooting the Eagles into the lead.

The 20- year-old had earlier been named among the danger men of the championship who given the opportunity can destabilize the play pattern of any team.

With a sigh of relief following the lone goal win over Burundi the Eagles will next tackle Guinea on Wednesday.

Ndidi voted Man of The Match against Burundi