Premier League side Leicester City are ready to listen to offers for Super Eagles forward Kelechi Iheanacho in a move to fund their pursuit of in-demand £40m-rated Celtic striker Odsonne Edouard.

The 23-year-old Nigerian international joined Leicester from Manchester City for £25m in 2017 and has been mostly used as a sub by manager Brendan Rodgers.

However, the former Golden Eaglets ace still managed ten goals in 26 appearances, but the Foxes are keen to strengthen their striking options and are among clubs chasing Celtic’s £40m-rated striker Edouard.

Offloading their Nigerian-import can help offset their spending with Aston Villa among suitors showing an interest.

Iheanacho managed a respectable 10 goals across all competitions this term and is bound to have suitors.

On the other hand, Edouard netted 21 times and made 12 assists in 27 league appearances last campaign and is also on the radar of Arsenal, Leeds United and Everton.

Rodgers will be banking on close ties with Edouard to swings the transfer in his favour, having previously managed him while at helms of affairs of the Scottish club. 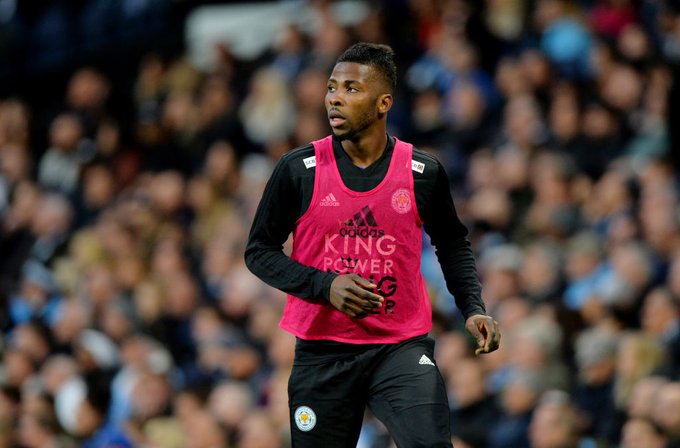 Intrestingly, the Foxes could have had Champions League football to entice any targets to the King Power Stadium, but narrowly missed out on the top four towards the end to the campaign.

They claimed only two wins out of their 10 games after the restart to surrender their grip on third place, with Manchester United and Chelsea finishing third and fourth respectively.