Kelechi Iheanacho’s Leicester City have been ranked the 40th best club in the world. The Premier league side, who also have Nigeria international Wilfred Ndidi in their must play squad took first from the back in the Global Club Soccer top 40 rankings by a team of football researchers on opinion pool site 538.

The Foxes finished 9th on the log table last season with 52 points in 38 matches. It is safe to say it is different stokes for the two Eagles at the King Power Stadium.

While Iheanacho who was dropped from the Super Eagles squad ahead of the ongoing Nations cup in Egypt was having little or no playing time compatriot Ndidi remained a regular for the club where they once stared alongside Algeria international Riyad Mahrez who has since moved over to Manchester city and who only last night stopped Nigeria from proceeding to the final of the Nations cup with his super strike at the last minute. Interestingly Iheanacho played for Manchester City between 2015 and 2017 scoring 12 goals in 46 appearances. 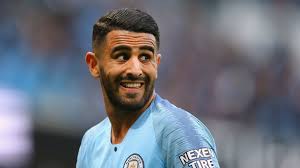 Manchester United however finished 34th in the world behind the likes of Young Boys, PAOK and Eibar.

Football analysts at FiveThirtyEight came up with the system that saw Everton, who finished 12 points behind the Red Devils last season, eight places ahead in the table rankings.

The football researchers produced a Soccer Power Index (SPI) that ranks teams by giving them an offensive and defensive rating.

These ratings produce an SPI rating which gives a percentage of available points – a win is worth three, a draw worth one, and a loss worth none.

Here are the Best 10 clubs according to the Ranking released Monday.

Gombe fans refuse to blame Eagles despite loss to Algeria