Trinity Fitness Club, Onitsha says it will not vacate its training ground within the Chuba Ikpeazu Stadium, Onitsha against the directive of the Anambra Sports Development Commission (ASDC). 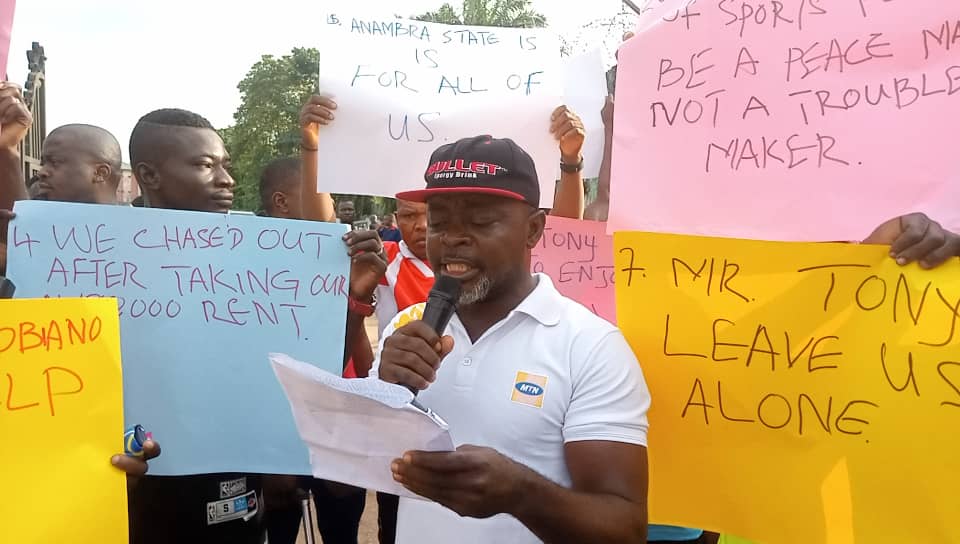 The club made its position known in Awka on Friday.

The ASDC had in a letter signed by its chairman, Tony Oli, on Sept. 23, issued a directive that Trinity Fitness Club stood ejected and stopped from operating within the premises of Chuba Ikpeazu Stadium, Onitsha.

The eviction order is contained in a letter entitled “Letter of Ejection From Chuba Ikpeazu Stadium, Onitsha”.

“Following the acts of indiscipline, unruly behaviour and blatant disregard to constituted authority, I wish to inform that the club is hereby ejected from operating within the premises of Chuba Ikpeazu Stadium, Onitsha.

“The money you paid to the Stadium Manager will be returned to you in full at the return of the original receipt issued to you,” it said.

However, the club in a statement by Philip Okonkwo, its Caretaker Committee Chairman, dismissed the allegations of lawlessness which the commission levelled against them and challenged Oli, the commission’s chairman to substantiate his claims.

The club said that if there was need for them to get refund of the stadium maintenance fee it paid, it will also collect the money it used to repair the training arena which it claimed ran into millions of Naira.

“Trinity Sports Club, Onitsha wish to inform the world, especially the good people of Anambra that we condemn and reject the letter to our Club by Anambra State Sports Development Commission under the chairmanship of Oli.

“We wish to inform the governor of Anambra, Chief Willie Obiano and indeed the whole world that our tenancy is valid until July 2020 following our second annual payment which we made in August, 2019.

“It may interest you that if need be, we will get our refund and over N4 million that we spent to put the space you allotted us in shape as it was bushy, unkempt and unfit for any sporting activity,” it said.

The club expressed surprise that they were directed in the ejection letter to go the stadium manager they paid to for refund after more than a month of payment.

They wondered why they were made to pay stadium maintenance fee into private account instead of a government approved revenue account.

“We still express deep sense of dismay that five weeks after paying our annual maintenance fee to the stadium manager’s private bank account, you are still directing us to go back to the same person to get our refund.

“Revenues from Chuba Ikpeazu Stadium is government (public) money and we wonder why such money should be paid into private accounts and still remain with the individual for that length of time.

“We want use this opportunity to call on governor to investigate this act of privatisation of public funds.

“Trinity Sports Club wish to call on His Excellency to call Oli to order before he kills the spirit of sportsmanship in Anambra.

“Lastly, we demand unfettered access to our fitness space in the stadium and that Oli steers clear of our internal affairs and limit himself to his duties as the Sports Development Commission Chairman,” it said.

IAAF manager blames state of athletics to lack of commitment

Aribo could return against Hamilton Academical after injury

Southampton in talks with Rangers over £10m deal for Aribo