Ilaimaharitra’s free kick edges Madagascar closer to Round of 16

A well taken free kick by Marco Ilaimaharitra was enough for Madagascar to secure all the three points against Burundi and put a foot in the Round of 16 at the Africa Cup of Nations. 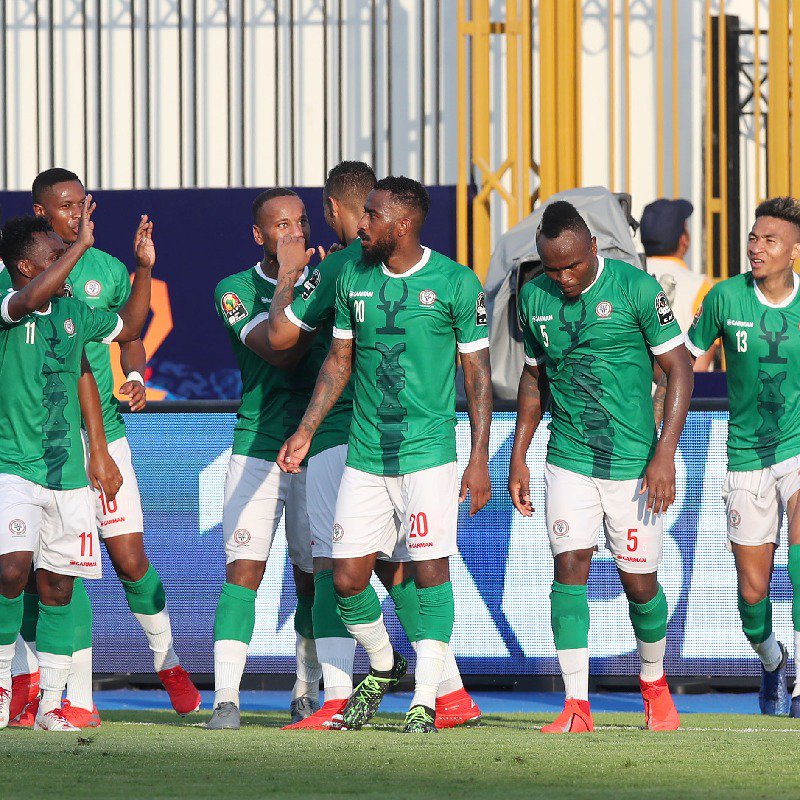 The match played at the Alexandria Stadium saw the Madagascar team throw themselves into the game with Fanava Imá Andriatsima leading the attack.

Ilaimaharitra who plays for Sporting Charleroi in the Belgian first division A side which incidentally parades Nigeria international, Victor Osimhen was voted the Man of The Match.

The game was heading for a draw before Madagascar broke the deadlock in the 76th minute.

Burundi looked more dangerous in the second half with hitman Fiston Abdoul-Razak and Cedric Amissi close to scoring.

Meanwhile, Burundi who have lost two matches must beat Guinea with many goals and hope the other results in the other groups favour them to reach the next stage.

With the victory, Madagascar are now second with four points behind Nigeria’s Super Eagles in Group B.

Both Nigeria and Burundi square up this Sunday in the final group match at the Alexandria Stadium.

Laliga to use aerodynamics football for 2019/2020 season