Brazil legend, Adriano, has been forced to deny he’s dead after returning to his old hometown – a dangerous Rio de Janeiro favela. 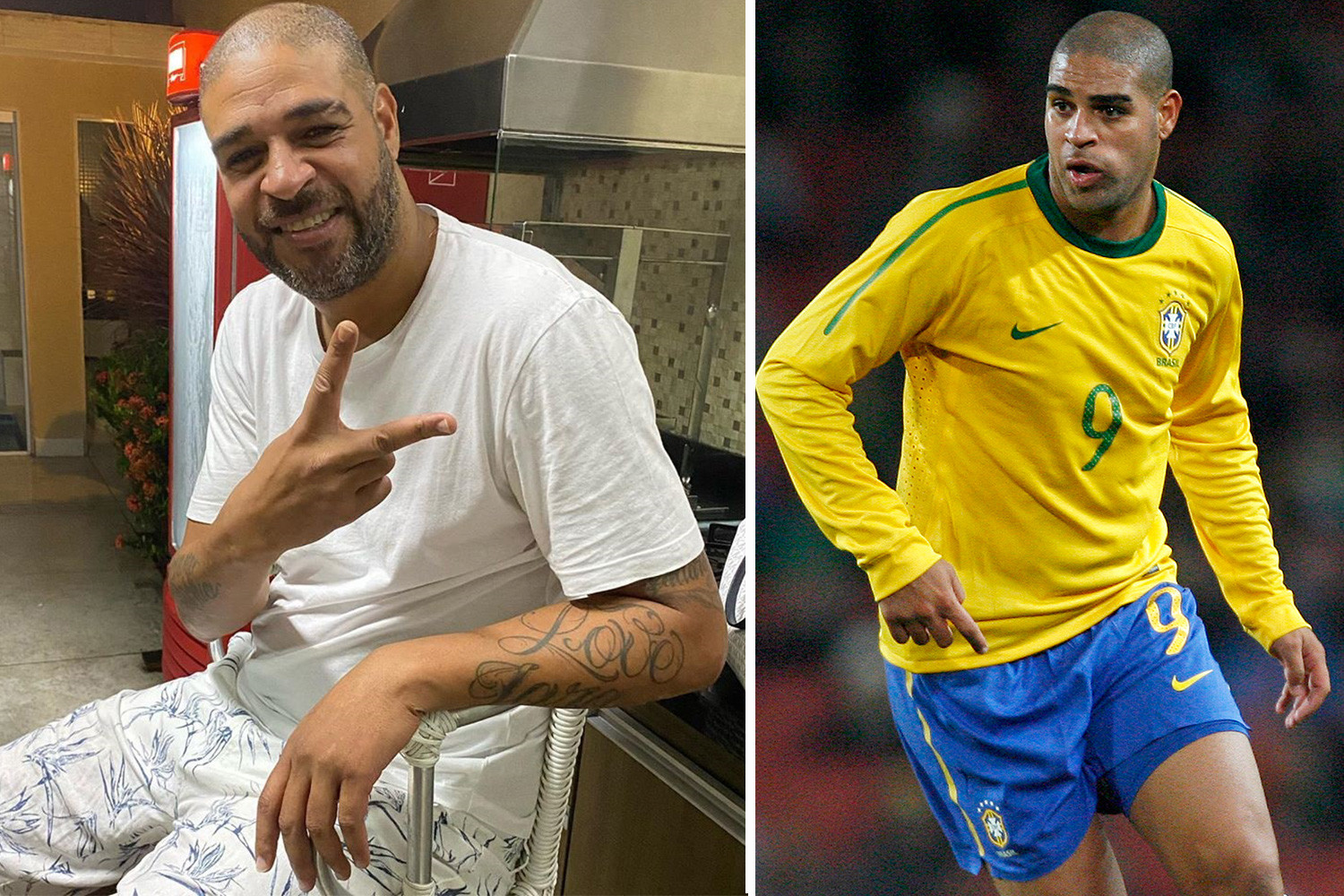 The Brazilian, now 38, retired from football in 2014 after an impressive career at clubs including Flamengo, Inter Milan and Roma.

But in recent weeks, the 53-cap former Brazil international appeared to have dropped off the face of the Earth.

Rumours quickly spread Adriano had died after returning to Morro do Alemao – one of Rio’s most dangerous areas.

But Adriano – who turned to drink after his dad died – took to social media to prove he is very much alive and well following his retirement.

Adriano started his senior career at Brazilian giants Flamengo in 2000, before earning a move to Inter Milan in 2001.

After failing to nail down a spot in the team, he was first loaned out to Fiorentina, before earning a move to Parma – where he spent two years.

His hot form, with 23 goals in 37 games, saw him return to Inter Milan where he enjoyed the best years of his career, scoring 47 times in 115 games, while winning the lion’s share of his Brazil caps.

Adriano wound down his career with stints at Flamengo, Roma and Corinthians between 2009 and 2012.

He later played once for Atletico Paranaense in 2014, while also signing for National Premier Soccer League side Miami United in the US in 2016.

After retiring, Adriano returned to Morro do Alemao in order to be closer to his childhood friends.

Adriano said: “My friends call me to watch Flamengo or Corinthians games and I decline. I miss it.

“I get emotional when I see matches and realise that I played in such a strong competition.”