Anthony Joshua met the Queen of England as he spoke in front of the Royal Family during a service to celebrate Commonwealth Day on Monday. 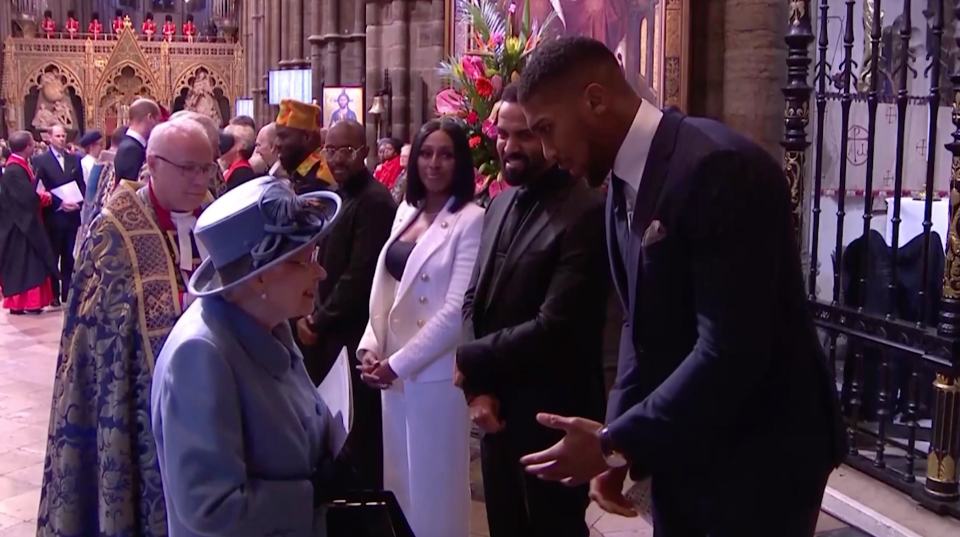 Britain’s unified heavyweight world champion, who proudly also represents his Nigerian background, was chosen to give a reflection at Westminster Abbey.

Joshua began: “My name is Anthony Oluwafemi Olaseni Joshua and, like many of you here, I’m a child of the Commonwealth.

“I was born in Watford and my heritage is Nigerian. I come from the Yoruba people, who are the largest and some might say the loudest ethnic group in all of Africa.

“These days we hear so much about division and difference that some might be tempted to see that as a bad thing.

“But on the contrary, it’s a beautiful thing.

“A thing to be celebrated and cherished, and a great source of peace and stability.

He concluded: “So here’s to fish and chips, egusi soup and pounded yam.

“To the UK and Nigeria, and the children of the Commonwealth.”

After the speech, Joshua briefly met and spoke one-to-one with the Queen.

It was his first time meeting the monarch as his previously-awarded MBE and OBEs had been presented to him by Prince Charles at Buckingham Palace.