Danny Ings has won August’s Budweiser Goal of the Month award, thanks to his incredible scissor kick on his home debut for Aston Villa against Newcastle United.

The 29-year-old forward marked his first match at Villa Park since joining the club with an acrobatic strike for the award, following a headed flick-on by Tyrone Mings. His goal helped the Villans earn a 2-0 victory.

“It feels great,” Ings said. “Getting recognition for your goals is huge for a striker but most importantly I wanted to get off to a good start here at Villa, and I feel like I’ve done that.

“I knew as soon as I’d made contact it was going to go in, or at least hit the target. As a player you kind of know when you hit a ball sweetly, and to see it hit the back of the net was a great feeling.

“It’s definitely up there with my best goals, that’s for sure. Not only for the technique of it but also the occasion. The occasion of it made it an enormous goal for me personally, and I really hope there is more to come.” 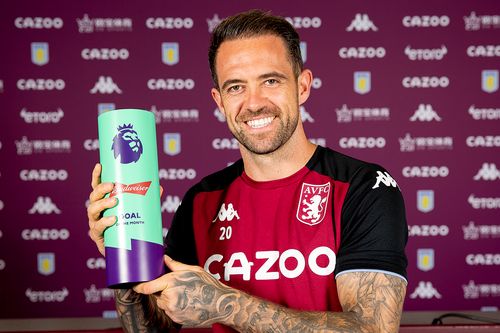 Ings made the move to the West Midlands from Southampton this summer and has enjoyed an impressive start, scoring twice and providing an assist in his first three matches.

The striker is Villa’s first Budweiser Goal of the Month winner since the award’s inception in 2016/17, and his effort beat competition from seven other spectacular goals shortlisted for August’s accolade.

How Antonio and Nuno claimed Premier League awards for August

US Open: Djokovic to play for Grand Slam against Medvedev in final

Solskjaer hits back after Neville questions style of play at…