Inter Milan have used Obafemi Martins as the focus for the first episode of their new documentary series titled ‘Inter Roots’. 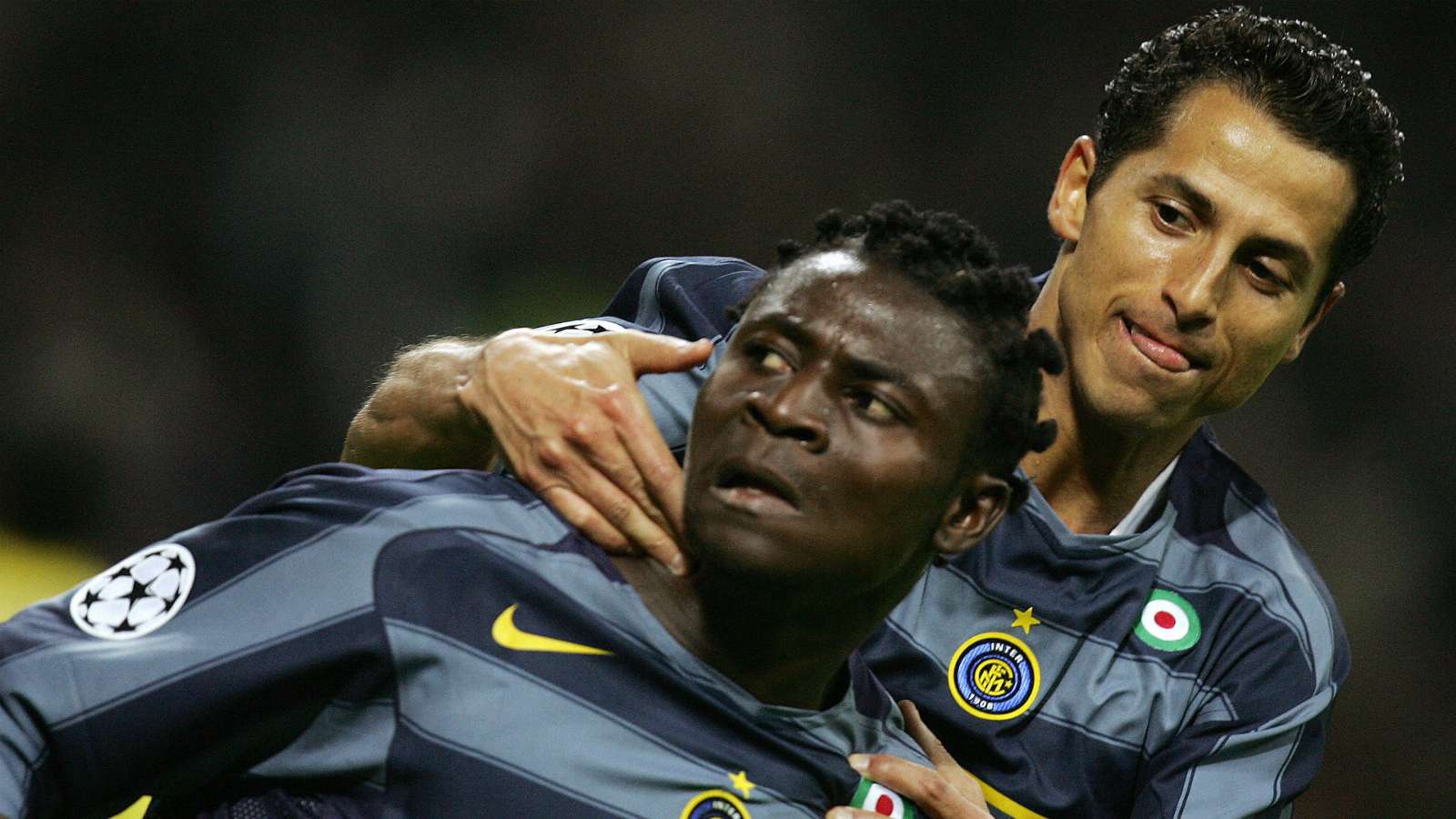 The video highlighted the rise of the Nigeria forward from Inter’s youth team to the first team, where he scored 49 goals in 136 appearances for the Nerazzurri.

Martins joined Inter Milan from Serie C side Reggiana in 2001 – the club signed him from Nigerian outfit FC Ebedei after his impressive three-month trial.

He started his career in Milan with the youth team and he played a key role in helping the club win the Campionato Nazionale Primavera – an Italian youth competition – in his debut campaign with 23 goals scored in the 2001-02 season.

The Nigerian forward was promoted to the first-team the following season, and he made his Serie A debut against Parma in December 2002.

Martins is renowned for his pace on the ball and his somersault celebration whenever he scores.

The 35-year-old won two Coppa Italia, one Serie A title and an Italian Super Cup during his five-year stint with the Nerazzurri.

“From the Youth Sector to the First Team: Obafemi Martins is the protagonist of the first episode of “Inter Roots”,” the club tweeted.

He left the Italian giants in 2006 to team up with Premier League club Newcastle United before switching to Wolfsburg, Rubin Kazan, Birmingham City, Levante, Seattle Sounders and Shanghai Shenhua later in his career.

He is yet to find a new club since he was released by the Chinese Super League club after he suffered a knee injury during an AFC Champions League game in April 2018.

Despite his lengthy absence from competitive football, Martins told Goal he is still thirsty for more goals and silverware.

“After my career-threatening injury in China, many people advised me to quit but I told myself I still have a lot to offer the beautiful game,” he said in an exclusive interview in November.