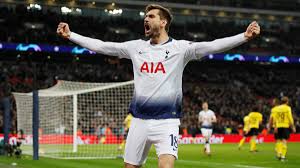 Sky in Italy claim that this would end their pursuit of Chelsea forward OIivier Giroud.

Llorente had been offered to Spurs, but Jose Mourinho will not be making a move for the 34-year-old.

Inter want the Spanish international to be included in a deal that would see their winger Matteo Politano join Napoli on an 18-month loan, with the club having the

obligation to but him for £21.1million.