Ashley Young has become the latest Inter player to test positive for COVID-19. The Englishman’s positive result takes the tally of cases at the Stadio Giuseppe Meazza to six.

Alessandro Bastoni, Roberto Gagliardini, Radja Nainggolan, Milan Skriniar and Ionut Radu had already tested positive for the coronavirus, giving coach Antonio Conte cause for concern with the Milan derby against AC Milan coming up immediately after the international break. 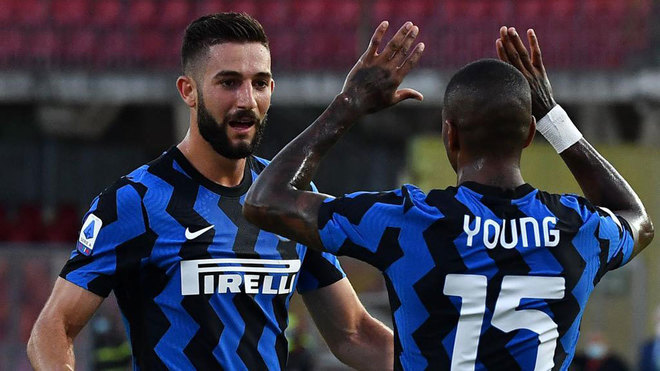 “Ashley Young has tested positive for COVID-19 in a test carried out yesterday [Saturday] at Appiano Gentile [Inter’s training complex],” read a statement released by the Serie A club on Sunday.

Italy’s football federation – the FIGC – have protocol in place that ensures any player who tests positive has to self-isolate while the other members of the squad are tested.

Those who test negative can continue to train and play competitively. For the game against AC Milan to take place on Saturday, October 17, Inter must have at least 13 available players, with one of those being a goalkeeper. Inter host local rivals Milan with kick off set for 18:00 CEST.

Conte’s side have started the Serie A season with two wins and a draw, dropping points last time out against Lazio.

The Nerazzurri’s Champions League campaign begins on October 21 when they host Borussia Monchengladbach.

On October 27 they travel to take on Shakhtar Donetsk before visiting Real Madrid at the Estadio Alfredo Di Stefano on November 3. The second meeting with the La Liga champions is scheduled to take place at the Stadio Meazza on November 25.

Aguero out for up to a month says Guardiola

Aguero out for up to a month says Guardiola