Nigeria’s U15 boys on Friday lost their second match of the 2019 International Dream Cup tournament to host nation Japan 1-4 at the Yurtec Stadium in Miyagi. 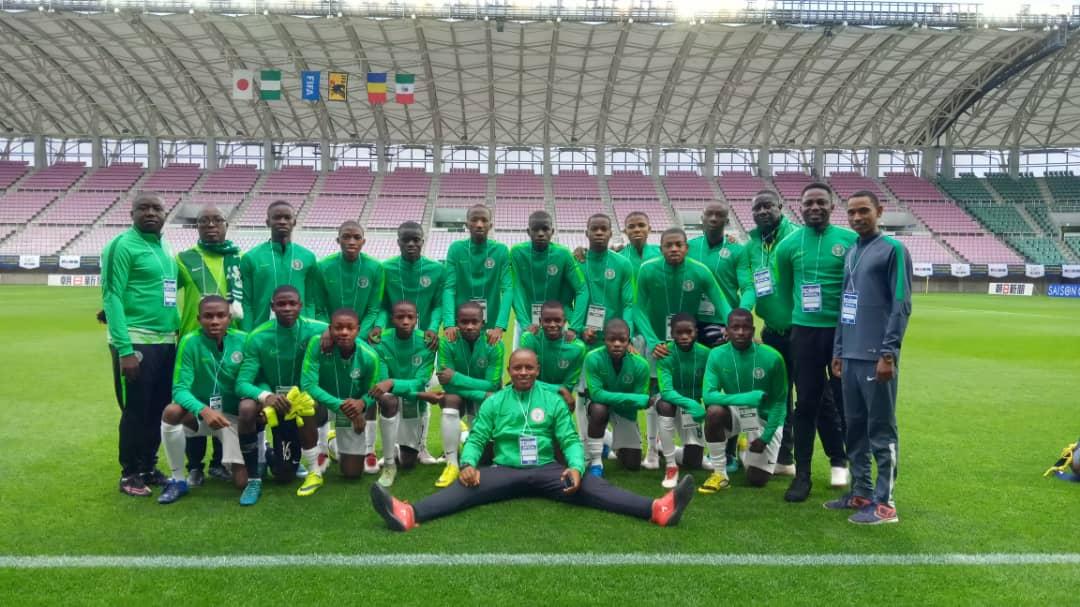 Following their 3-1 win over Mexico’s U16 on Wednesday, the Future Eagles were confident of a result against the Japanese.

But they got a lesson in marksmanship and staying power by the Japanese.

Katsushima, who would eventually annex the match ball with a hat-trick, opened the floodgates in the 16th minute. But Adeyeye Damilola equalized for Nigeria 10 minutes later.

Katsushima got his second four minutes after the restart, and then made it three for himself and Japan in the 52nd minute. Suwama Kosei made it 4-1 with seven minutes to go.

The Future Eagles will take on the U16 team of Romania on Sunday at the last venue, in their last game of the tournament.