Spanish attacker Isco has insisted that he will not be leaving Real Madrid in the January transfer window.

Isco has struggled for regular action since Santiago Solari replaced Julen Lopetegui as head coach earlier this season, leading to suggestions that the 26-year-old could leave the Bernabeu. 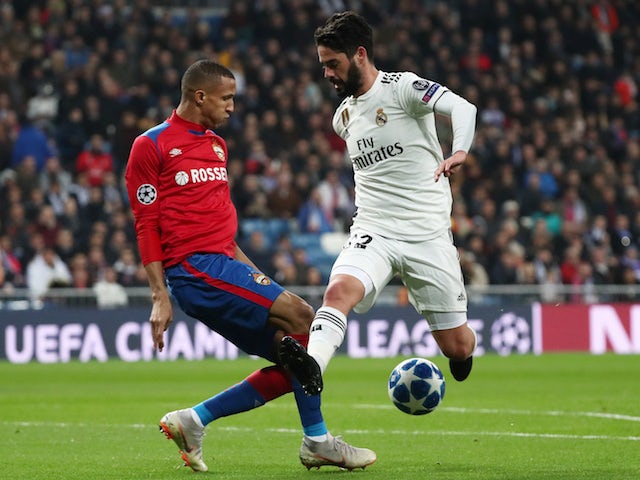 Juventus, Manchester City, Chelsea and Arsenal have all been credited with an interest in the Spain international over the last few weeks.

Isco, however, has said that he is “very happy” with the European champions despite a difficult season to date.

“I’m not thinking about leaving in the winter market,” Isco told Deportes Cuatro. “I’m very happy, my goal is to win many titles at Real Madrid.”

Isco, who has a contract with the European champions until the summer of 2022, has only managed one goal in 11 La Liga appearances for Los Blancos this season.