Israel Adesanya says he will be bigger than Conor McGregor 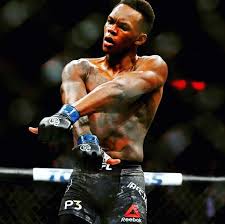 Nigeria-born mixed martial arts fighter Israel Adesanya believes he has what it takes to be greater than MMA great, Conor McGregor.
29 year-old Adesanya will face Ultimate Fighting Championship (UFC) middleweight legend Anderson Silva in the co-main event at UFC 234 in Melbourne, Australia next month with the winner challenging champion Robert Whittaker for the belt.
In an interview with Engage Media Group, Adesanya said: “I will be bigger than Conor (McGregor),
“I am coming for those numbers. I don’t even have to chase them, they will chase me.”
Ranked sixth in the UFC middleweight division, Adesanya beat Derek Brunson in November via a first round technical knock-out and is undefeated in 15 fights as a mixed martial artist.
His opponent, 43 year old Brazilian Anderson Silva is a former UFC Middleweight Champion and had the longest title reign in UFC history at 2,457 days. This started in 2006 and ended in 2013 and included a UFC record 16 consecutive victories in that span.