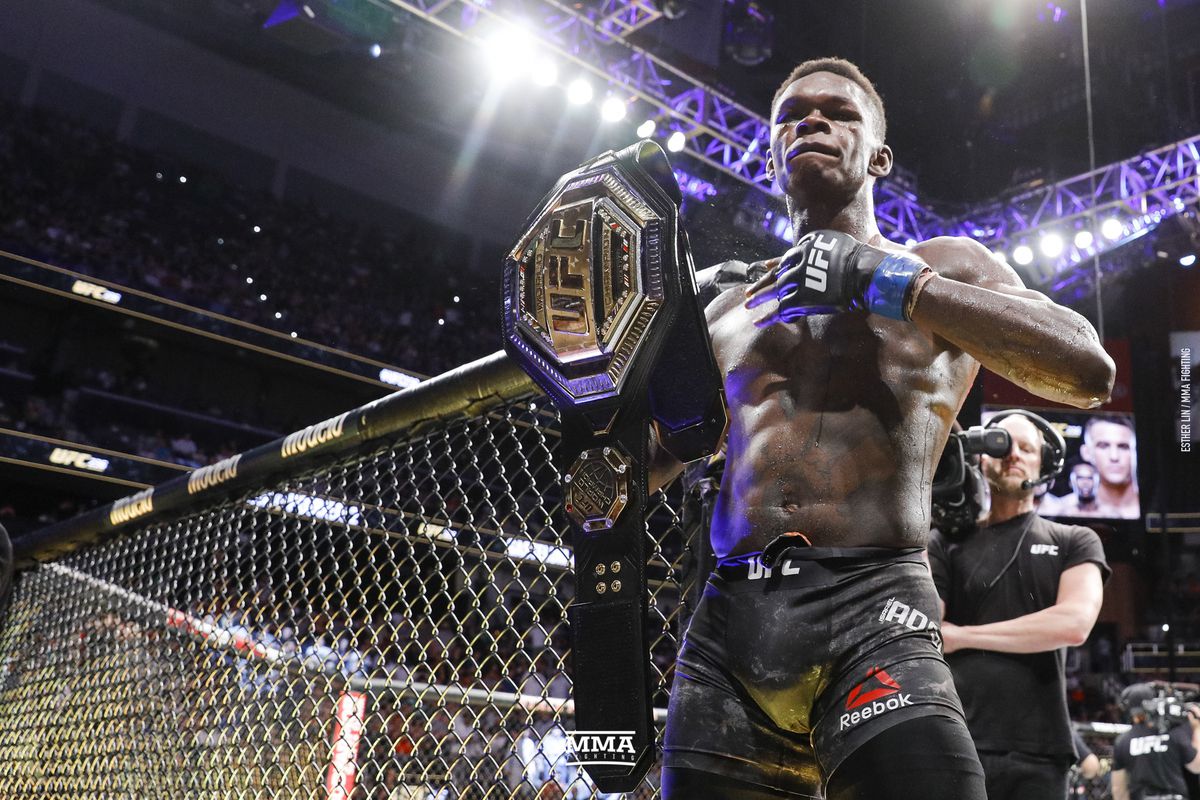 Nigeria-born Mixed Martial Arts fighter, Israel ‘The Last Stylebender’ Adesanya won the Ultimate Fighting Championship (UFC) interim middleweight title after defeating Kelvin Gastelum via unanimous decision after five rounds of intense fighting.
Adesanya (17-0) knocked out his American opponent twice with all three judges scored the five-round bout for Adesanya. All three scorecards read 48-46, including 10-8 marks in the decisive fifth round.
Adesanya was knocked down early in the first round when Gastelum landed a left hook but gained the upper-hand in the second round and dropped Gastelum with a counter right hand.
He continued to his good form in the third round before Gastelum surprised him with a left head kick.

Gastelum was later beaten to a bloody mess in the final 30 seconds when he was floored twice but he refused to quit and was lucky to see the final horn as referee Marc Goddard gave the brave Mexican-American fighter every opportunity to survive
Adesanya, who becomes the 10th fighter in UFC history to win a belt with an undefeated record said after the fight: “I was ready for war.  I told you all.  “I wanted to take him out but I was ready for war because he is Mexicano.
“I am not one to quit,” Adesanya added. “I am strong mentally. I am bulletproof in the brain.
Adesanya will now face undisputed middleweight champion Robert Whittaker to unify the belts. Whittaker was forced to withdraw from a title defense with Gastelum earlier this year because of a hernia surgery.
Loading...
Israel AdesanyaUltimate Fighting Championship

2-0 : Liverpool beat Chelsea to regain lead at top of table