After Arrizabalaga refused to be substituted 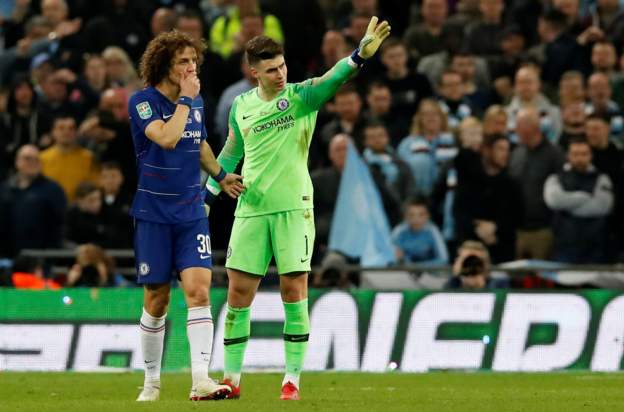 Sarri also says the Spaniard will not be disciplined by the club.

“I misunderstood the problem and only realised the situation when the doctor arrived at the bench.

On why he walked off towards the tunnel: “I needed to return to be quiet. He [Kepa] understood that I asked for a change for his physical problem and he said I haven’t a physical problem. And he was right.

“I realised after when the doctor arrived. I have talked to him [Kepa] but only to clarify because now I have understand the situation.”

A player refusing to go off – and his manager losing the plot.

Chelsea goalkeeper Kepa Arrizabalaga resisted Maurizio Sarri’s attempt to substitute him late in extra-time of the Carabao Cup final, which left his manager seething on the touchline.