Itoya: Aiteo Cup comeback, my best as a footballer

Enugu Rangers striker, Kelvin Itoya has revealed that the Flying Antelopes dramatic comeback win against Kano Pillars ranked as his best game thus far as a footballer in a major cup final after he helped his club to win the Aiteo Cup against Sai Masu Gida on Wednesday in Asaba.

Many of the fans seated at the Stephen Keshi Stadium, Asaba thought the game was won and lost as soon as Kano Pillars raced into a 3-0 lead in the early part of the second half but Rangers masterminded the greatest comeback in the history of the final of the competition when they equalized before winning 4-2 on penalties. 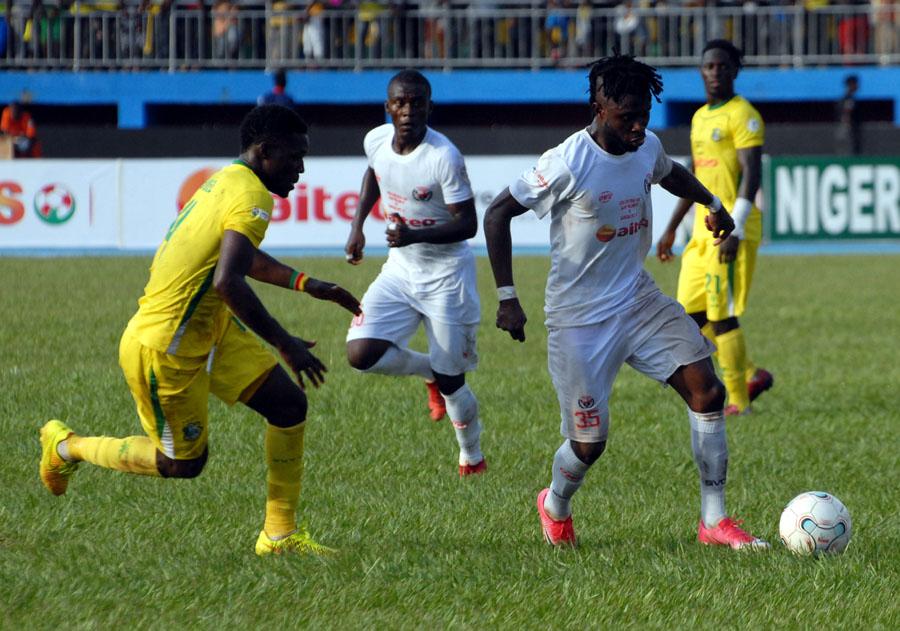 It was the introduction of Itoya in the second half in place of Ugochukwu Ugwuoke that changed the game and it was not long thereafter he netted the team’s first goal and provided the assist for the second goal scored by Chidera Eze before another substitute, Ajani Ibrahim completed the comeback with the third goal in the dying moments of thegame.

Itoya told SportingLife.ng that the halftime pep talk of head coach, Gbenga Ogunbote and the reminder that their supportive father, the Governor of Enugu State, Ifeanyi Ugwuanyi was in the state box witnessing the game charged them to go out of their ways to ensure that they emerge as champions.

“In fact, as a player in my career as a whole this is the best result I have ever had coming back from 3-0 down to win a Cup final is a miracle,” Itoya told SportingLife.ng.

“It is just the handiwork of God and I am still shell-shocked at what happened. Sometimes it is like that. You can never tell what will be the outcome of a game because no two games are alike. But it was really bad first half for us. Sometimes some things happen for you to learn and in the second half we had to correct some certain things and it paid off for us. We thank God.

“Ogunbote I will say he is a magician. As I was about to enter, I looked into his eyes at halftime and I knew he didn’t have to tell me anything for me to go in there and perform. I already understood what I was going there to do.

“The first goal we scored gave us the needed strength and boost and it energized us to go for the remaining two. It was a wonderful experience because even ourselves we couldn’t believe that we came back from three goals down. But you know at all times you have to believe in yourselves and God. God never fails.

“Our Governor (Ifeanyi Ugwuanyi) has been very supportive. He takes players’ welfare as his own priority. It is difficult not to play for a club that does not owe you. You are the one owing them. You have to give your best to ensure that you deliver. We didn’t have any choice than to go for the broke.”