In a joint statement made by the International Olympic Committee (IOC) and the Tokyo 2020 Organizing Committee, it was announced  that the Tokyo 2020 Olympic and Paralympic Games have been postponed to no later than the summer of 2021. 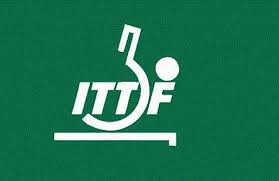 This decision was taken in light of the spread of COVID-19 worldwide and to best protect athletes, officials and fans alike.

During today’s meeting, IOC President Mr. Thomas Bach and the Prime Minister of Japan, Mr. Abe Shinzo praised the work of the Tokyo 2020 Organizing Committee and noted the great progress being made in Japan to combat the pandemic.

“As partners of the IOC since 1988, we at the ITTF have lived very good times. We have grown as an Olympic sport and, more than ever, we are here to say that we wholeheartedly support today’s IOC decision. We are conscious of how difficult it is to deal with the organisation of a quadrennial event of such magnitude as the Olympic and Paralympic Games.” – ITTF President, Thomas Weikert

“We can only imagine the hours and hours of work that the IOC Executive Board, its staff, the Tokyo Organizing Committee and Tokyo Municipality, have put into this project since September 2013 and particularly in the last few weeks, as the COVID-19 pandemic has grown, first to explore best possible security and health plans, then ultimately to be left with no other choice than to postpone the Games.

“However, in fact, the decision to postpone is a message of hope. The Olympic and Paralympic Games will be held and the IOC and Tokyo 2020 Organizing Committee can count on the support of the ITTF, as always, to make these Games the greatest in history. We have been partners in very good times, and we will be stronger partners also in moments of difficulty.” – ITTF Secretary General, Raul Calin

Since this is fresh, yet wholly understandable, news to all of the International Federations, the ITTF will now study further all of the implications and will work with the IOC on what this means from a sporting perspective.