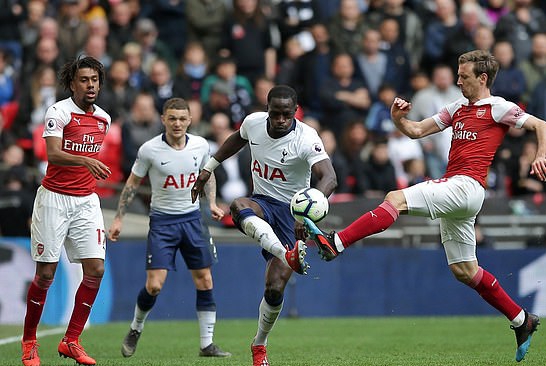 The Super Eagles forward who featured for the entire minutes has now gone without scoring a goal against Spurs since making his debut in November 2016.

Iwobi has so far scored three goals and provided four assists in 26 league matches from which he has played 17 times.

Arsenal took the lead through Aaron Ramsey in the 16th minute after being set up by France international, Alexandre Lacazdette.

Arsenal held on until the 76th minute when Spurs were awarded a penalty which was converted by Harry Kane.

The match produced five yelloe cards with Arsenal’s Lucas Torreira getting the marching orders in the 90th minute.

Gabonese international, Pierre-Emerick Aubameyang missed the opportunity of securing the three points for the Gunners in added time after his penalty was saved by Spurs goalkeeper Hugo Lloris.

Spurs remain third on the table with 61 points from 29 matches, while Arsenal are fourth with 57 points from the same matches.