Frank Lampard admitted he was proud of Reece James after the youngster impressed on his full Premier League debut. 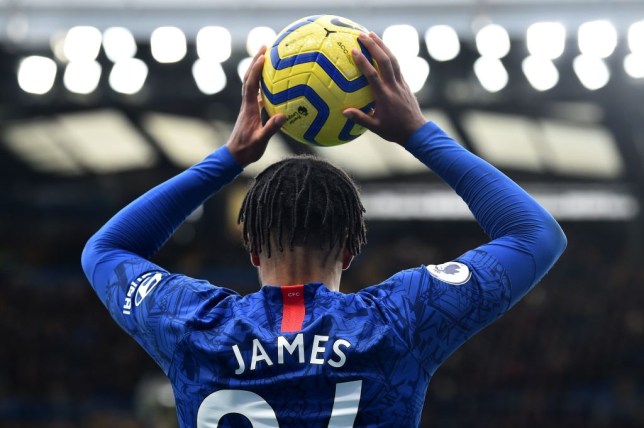 The 19-year-old deputised for club captain Cesar Azpilicueta who had started each of Chelsea’s previous 73 Premier League matches. James faced a formidable opponent in the shape of Wilfried Zaha, a reported Chelsea transfer target, but utterly dominated the Ivory Coast international winger and provided a regular attacking outlet.

‘I am proud and I believe in them and with Reece as well,’ Lampard told BT Sport. ‘Azpi is our captain I spoke to him before the game, he’s a great leader for the club and so important. ‘I just felt we could get Reece some minutes and he’s deserved them with the way he’s trained and played.

‘With Zaha I thought what better test? Every team has players that can hurt you on the counter attack and he’s one of the best. ‘I thought could we hurt them the other way and make him run back more than forwards.

‘I’ve got trust in Reece defensively. It was a really impressive game from him and he’ll get much better.’

Meanwhile, Lampard wants Sergej Milinkovic-Savic as his first Chelsea signing in January Chelsea moved, temporarily at least, up into second place thanks to a 2-0 win secured by second half goals from Tammy Abraham and Christian Pulisic.

Abraham moved up into double figures for the season and after several productive loan spells, the England international insisted he always felt he could thrive at Stamford Bridge

‘The No.9’s who have been at Chelsea have been world-class strikers and it was a big task for me to take on but I was ready, he said. ‘I felt ready in myself and I’m wearing it and I’m proud to be the No.9.’

Rodgers explains why Balotelli was ‘unfortunate’ at…