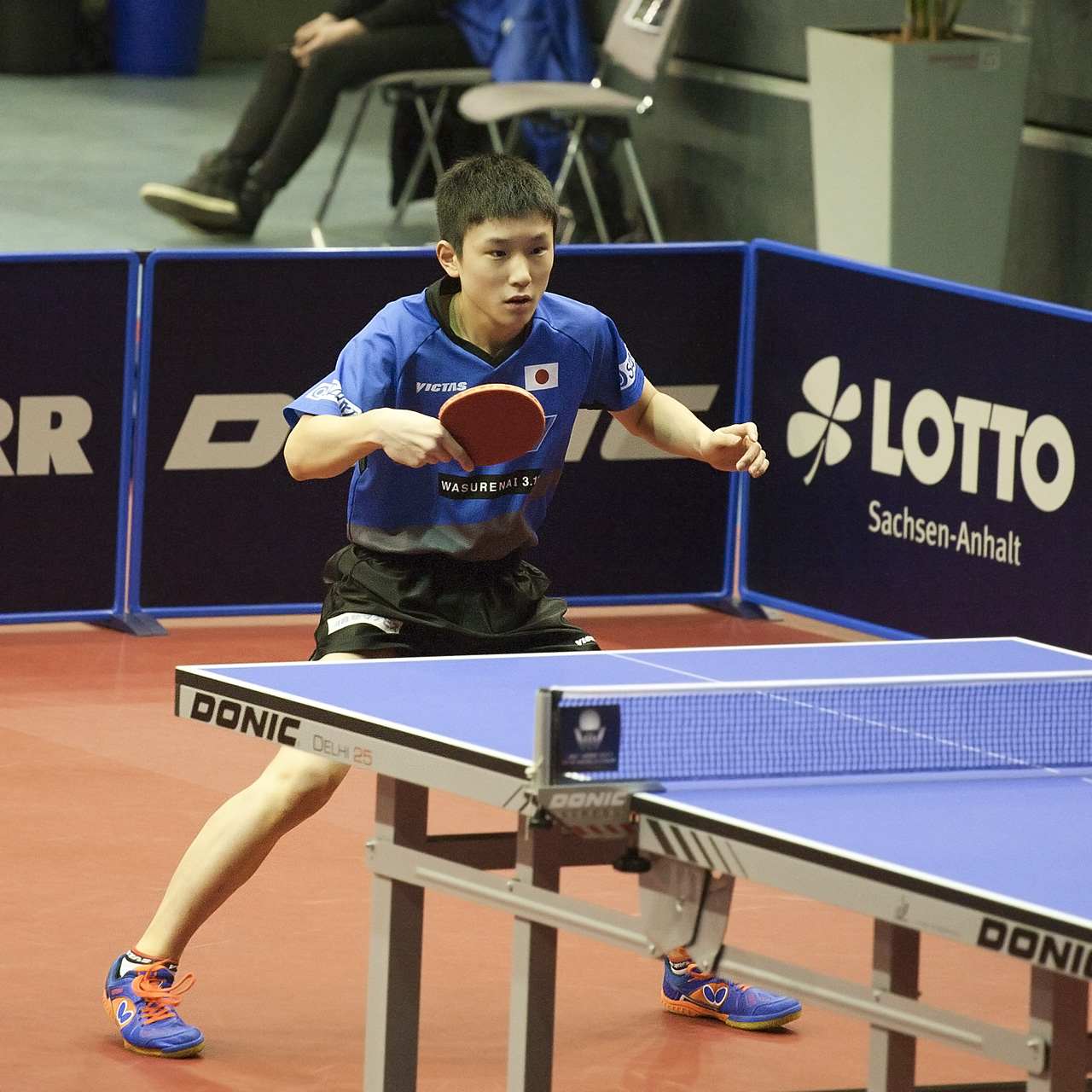 World no.5 Tomokazu Harimoto appears in the same half of the draw as Germany’s world no.10 Dimitrij Ovtcharov, the no.3 seed. At the first ITTF World Tour event of the year, the German Open in Magdeburg, the pair experienced contrasting fortunes.

Surprisingly, Harimoto was beaten in the opening round by Chinese Taipei’s 38 year old Chuang Chih-Yuan; by contrast Ovtcharov reached the semi-finals by eliminating Fan Zhendong, who started the year on top of the world rankings. Ovtcharov’s progress on home soil eventually came to a halt in the penultimate round at the hands of Ma Long, the reigning Olympic Games and World Champion.

In Budapest, Harimoto is joined in the same quarter of the draw by compatriot Koki Niwa, the no.5 seed and a player with whom he will line up alongside at the upcoming Hana Bank 2020 World Team Championships in Busan, Korea Republic, and at the Tokyo 2020 Olympic Games. Harimoto held the upper hand over Niwa in their most recent meetings at the T2 Diamond in Singapore and the Chengdu Airlines Men’s World Cup.

Meanwhile, Ovtcharov could potentially face a former Hungarian Open winner at the quarter-final stage, with Japan’s Jun Mizutani, the no.6 seed and winner in 2010, and Austria’s Daniel Habesohn, the no.15 seed and 2014 champion, both positioned in the same section of the draw.

In the opposite half of the draw, Brazil’s Hugo Calderano, the no.2 seed, and world no.7 is in the hunt for his first ever ITTF World Tour title just two weeks after retaining the Pan America Cup in Puerto Rico.

Calderano is named in the same half as his TTF Liebherr Ochsenhausen clubmate, Frenchman Simon Gauzy, the no.8 seed, who in turn faces a first-round showdown with Germany’s Qiu Dang, the winner at last week’s ITTF Challenge Plus Portugal Open.

Fellow German, Patrick Franziska, the no.4 seed, will be keen to bounce back from his shock opening round defeat to Japan’s Mizuki Oikawa at the German Open. Franziska could face a second round meeting with American rising star Kanak Jha, the no.12 seed, or recently crowned Japanese national champion Yukiya Uda.

Meanwhile, potential quarter-final opponents are Hong Kong China’s Wong Chun Ting, the no.7 seed, and 43-year-old Vladimir Samsonov of Belarus, the no.10 seed and the winner of no less than 27 ITTF World Tour men’s singles titles.

Names from the Land of the Rising Sun prominent in the men’s singles event, they are even more prevalent in the women’s singles competition. Top seed and world no.3 Mima Ito, a quarter-finalist in Germany, beaten by China’s Ding Ning, is in the same quarter of the draw as colleagues Hitomi Sato, the no.6 seed and Miyu Kato, the no.10. Kato and Sato are scheduled for a second-round meeting; in world ranking events, Kato has always beaten Sato.

Miu Hirano, the no.4 seed, also appears in the same half of the draw as Ito and company. A potential quarter-final against Romania’s Bernadette Szocs, the no.7 seed, could materialise. Hirano is currently unbeaten against Szocs on the international scene.

In the lower half of the draw, Kasumi Ishikawa is the only seeded Japanese name present, though the no.2 seed starts her campaign against compatriot Haruna Ojio with a potential second-round meeting against another Japanese, Miyu Nagasaki, the reigning ITTF World Junior Champion.