Former Aston Villa, Bolton and England Under 21s defender Jlloyd Samuel has died in a car crash at the age of 37. 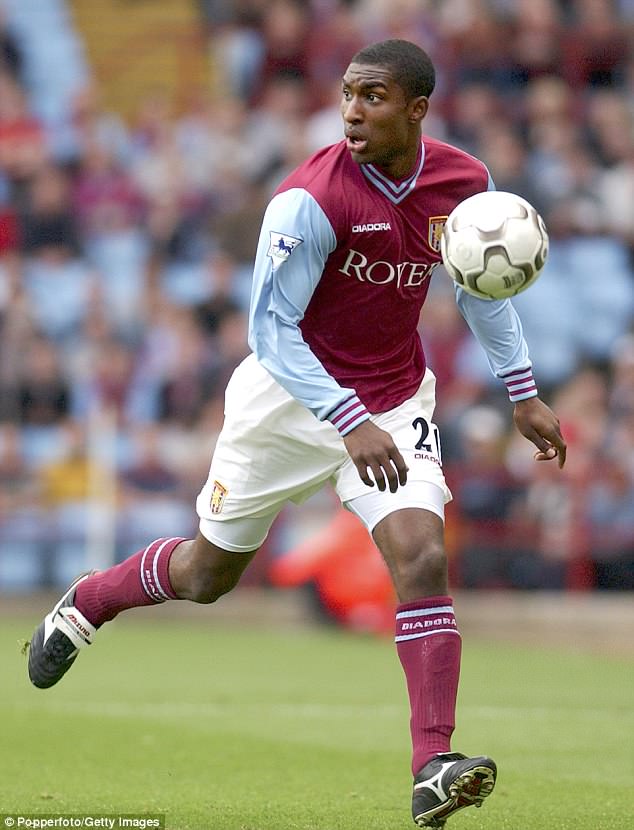 The collision occurred near his home in Cheshire on Tuesday morning, shortly after he had dropped his children off at school.

The news was confirmed by the Trinidad and Tobago Football Association on their official Facebook page just hours later.

Samuel finished playing top-level football in England back in 2011, moving to Iran, but returned to play non-League in Cheshire as recently as this season.

It is understood he and fellow former professional Nathan Ellington were player-managers at Egerton FC in the 12th tier of English football.

The two-vehicle crash involving a van and Samuel’s Range Rover occurred on West Lane in the village of High Legh shortly before 8am, with Cheshire Police closing the road and asking drivers to avoid the area.

Samuel is survived by his wife Emma and three children – Javarne, Lakyle and Amara – who have been informed of the devastating news.

The statement by Trinidad and Tobago’s Football Association read: ‘We’ve received some terrible news that former National defender and Ex-Aston Villa and Bolton Wanderers player Jlloyd Samuel died in a car crash this morning in England.

‘According to reports, Jlloyd was returning home after dropping his kids off to school and collided with an oncoming vehicle. His vehicle caught fire and his body was discovered burnt.

It is understood that the man who was driving the van sustained serious injuries and was immediately taken to hospital for treatment.

Firefighters also attended the crash near Lymm as one of the vehicles was ‘well alight’ near Costcutter.

Moses declares FA Cup a must win for Chelsea